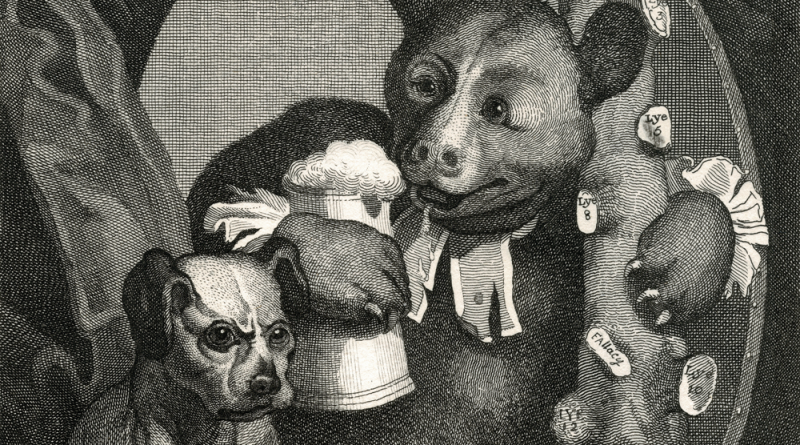 This wonderful work by William Hogarth represents the quarrel between two great 18th century satirists.  Hogarth depicts British poet and satirist, Charles Churchill (1731-1764) as a drunken bear hugging a club made of lies whole Hogarth’s pet bulldog urinates on Churchill’s Epistle to William Hogarth, a long poem in which Churchill attacked Hogarth for vanity and hypocrisy.   The complex feud between the two men arose in part over the trial of free expression champion John Wilkes, and an engraving Hogarth made of Wilkes as a demonic figure.

This is a 1807 steelplate engraving made by Thomas Cook publishing house approx 40 years after the original copperplate was created by Hogarth in 1763.

The full title given to this work by Hogarth was “The Bruiser, C. Churchill (once the Revd:!) in the Character of a Modern Hercules, Regaling himself after having Kill’d the Monster Caricatura that so Sorely Gall’d his Virtuous friend, the Heaven born Wilkes/ – But he had a Club this Dragon to Drub,/Or he had ne’er don’t I warrant ye: -” The work is based on the self-portrait of Hogarth below which is in the Tate collection. – Portrait of the Painter and his Pug 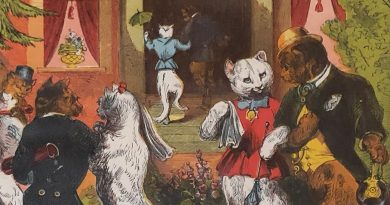 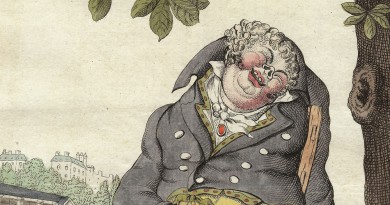 The Gastronome After Lunch – Caricature by James Gillray 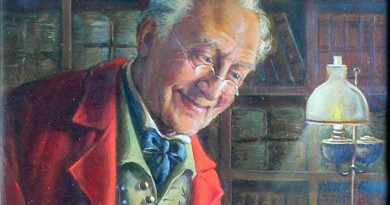 Otto Kirchner – A German Gentleman in His Library

The listing on the left is for the 1807 antique engraving.
This unique image is also available on posters, canvases and acrylic wall art reproductions, perfect for a man’s den, pub, bar or tavern.