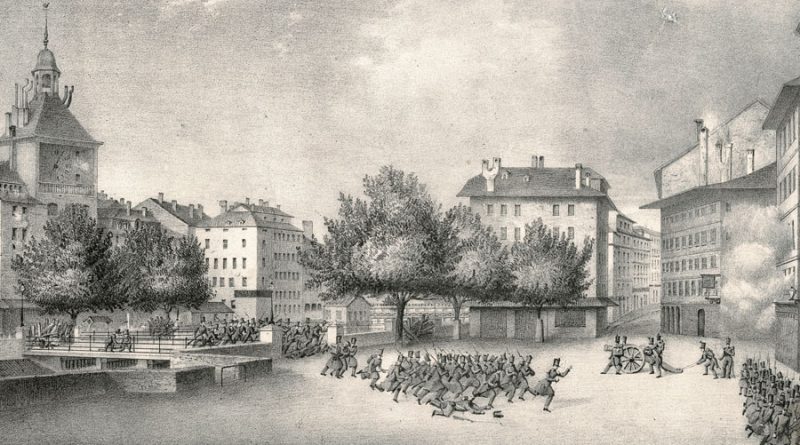 For two days in October 1846, the streets of St. Gervais were the site of a revolution led by the liberal Geneva politician James Fazy.  The confrontation left more than 20 dead, and led to the collapse of the conservative local government and the ascension of James Fazy and the radical party of Geneva, and marked a turning point in the modernization of the city. – SOLD

Condition:  Significantly soiled and wrinkled sheet as show in these photos, but of great historic interest. There is also a small hole in the sky above the cannon. 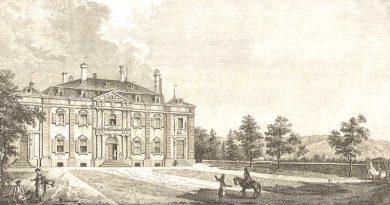 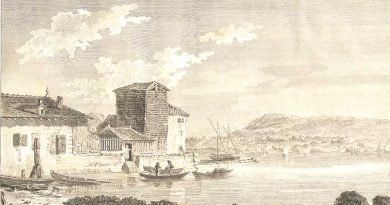 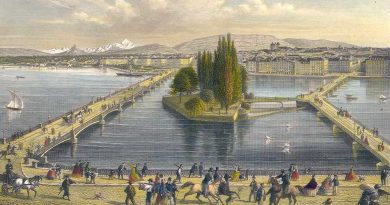