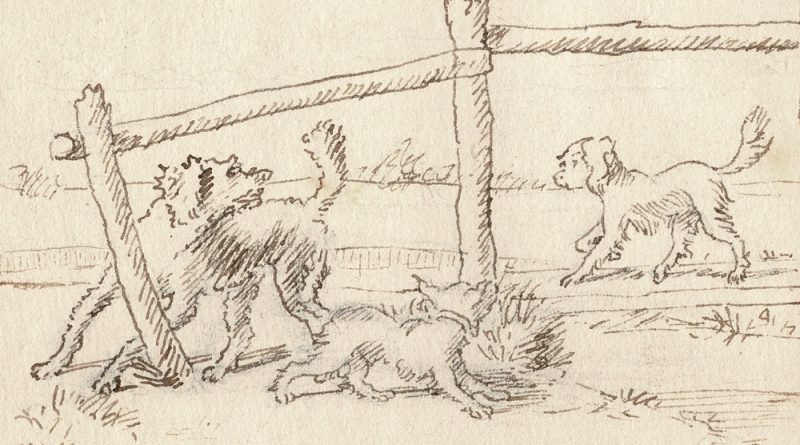 Three dogs by a fence in the countryside.

Condition: Light discoloration and spotting outside the margins as shown.

Count Pierre de Salis-Soglio was born in Neuchatel, Switzerland in 1827 and died in that same lakeside city in 1919. He was a painter and engraver of landscapes, and later became the Conservator of the Musee de Beaux-Arts in Neuchatel.