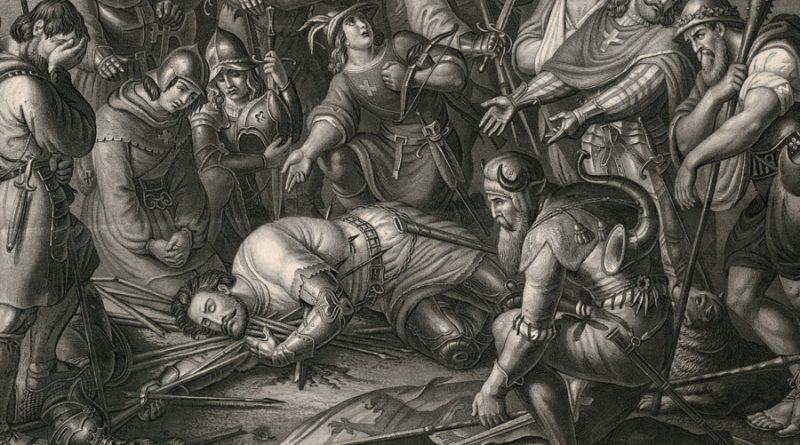 According to legend, Arnold von Winkelried sacrificed himself for the young Swiss Confederation by throwing himself upon the pikes of the Austrian enemy at the decisive battle of Sempach.

19th Century lithograph based on the Ludwig Vogel painting “Die Eidgenossen bei der Leiche Winkelrieds, 1841” which is part of the collection of the Basel Kunstmuseum.

Whereas Sempach was an actual battle, and a decisive one in the early history of Switzerland, the figure of Arnold von Winkelried appeared only in later accounts of the battlefield action, and he is now considered to be more legend than fact.  In the 19th century, however, when this print was made, Arnold von Winkelried was considered a true hero of Swiss history.

Condition: The sheet is creased, lightly toned throughout, and there are several tears at the outer margins.  The inner image is striking and will frame up beautifully with an outer mat. 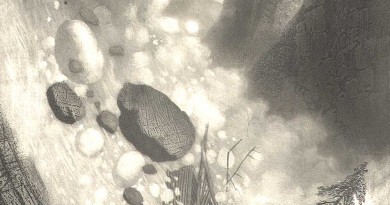 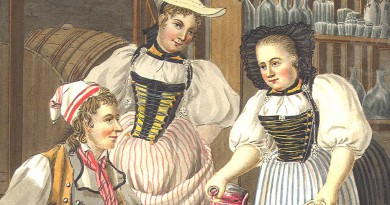 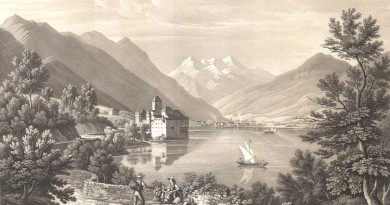