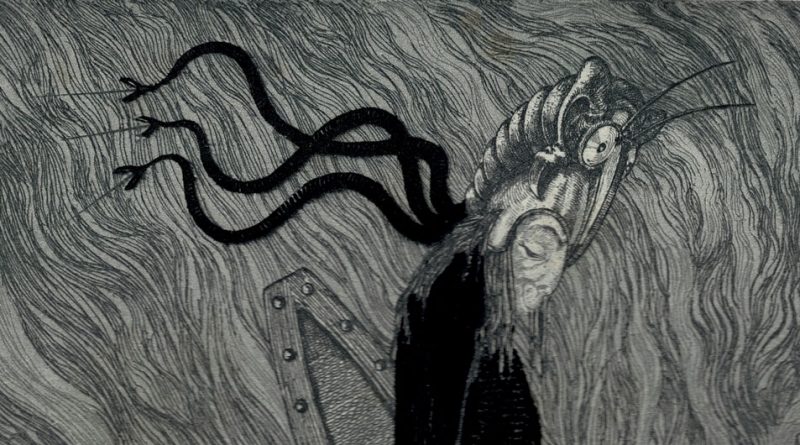 Haunting allegorical engraving by the Swiss symbolist artist Hans Eggimann entitled “Kriegs Diplomatie” (War Diplomacy).  A dark helmeted figure strides over a landscape of thorns and skulls, while foolish diplomats scratch their chins and tap their brows over a map while ignoring the peril that looms above them. 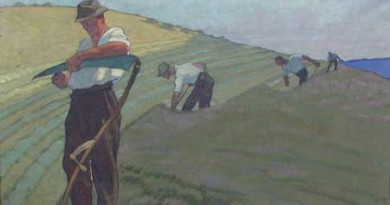 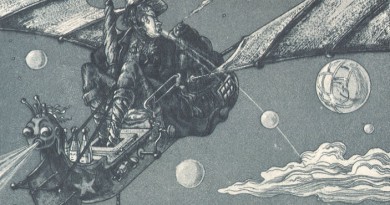 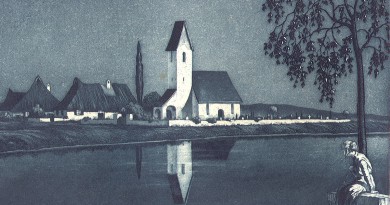