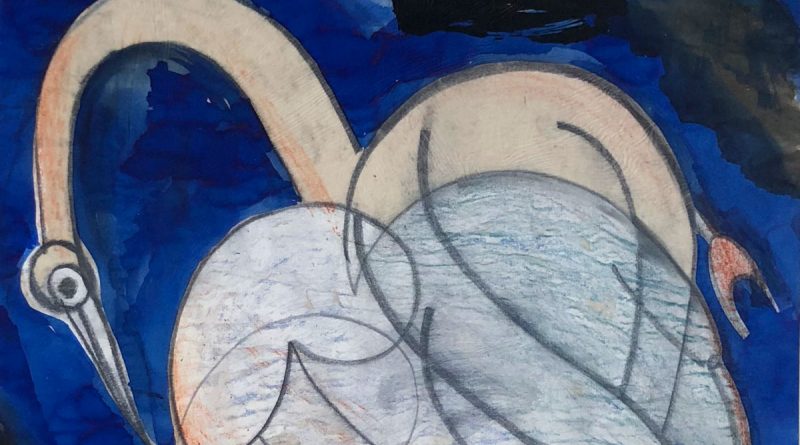 Henry de Waroquier (1881 – 1970) is a well known artist of the Ecole de Paris.  He was born and raised in Paris, studied both biology and art.  As a young artist he worked in Brittany, and the Impressionists and Japanese art and later the Nabis had a profound influence on his early work. Later he set up a studio in Montparnasse in Paris where he was close to Mogidliani and other members of the Paris School.

Signed H. de Waroquier in the tail of the bird 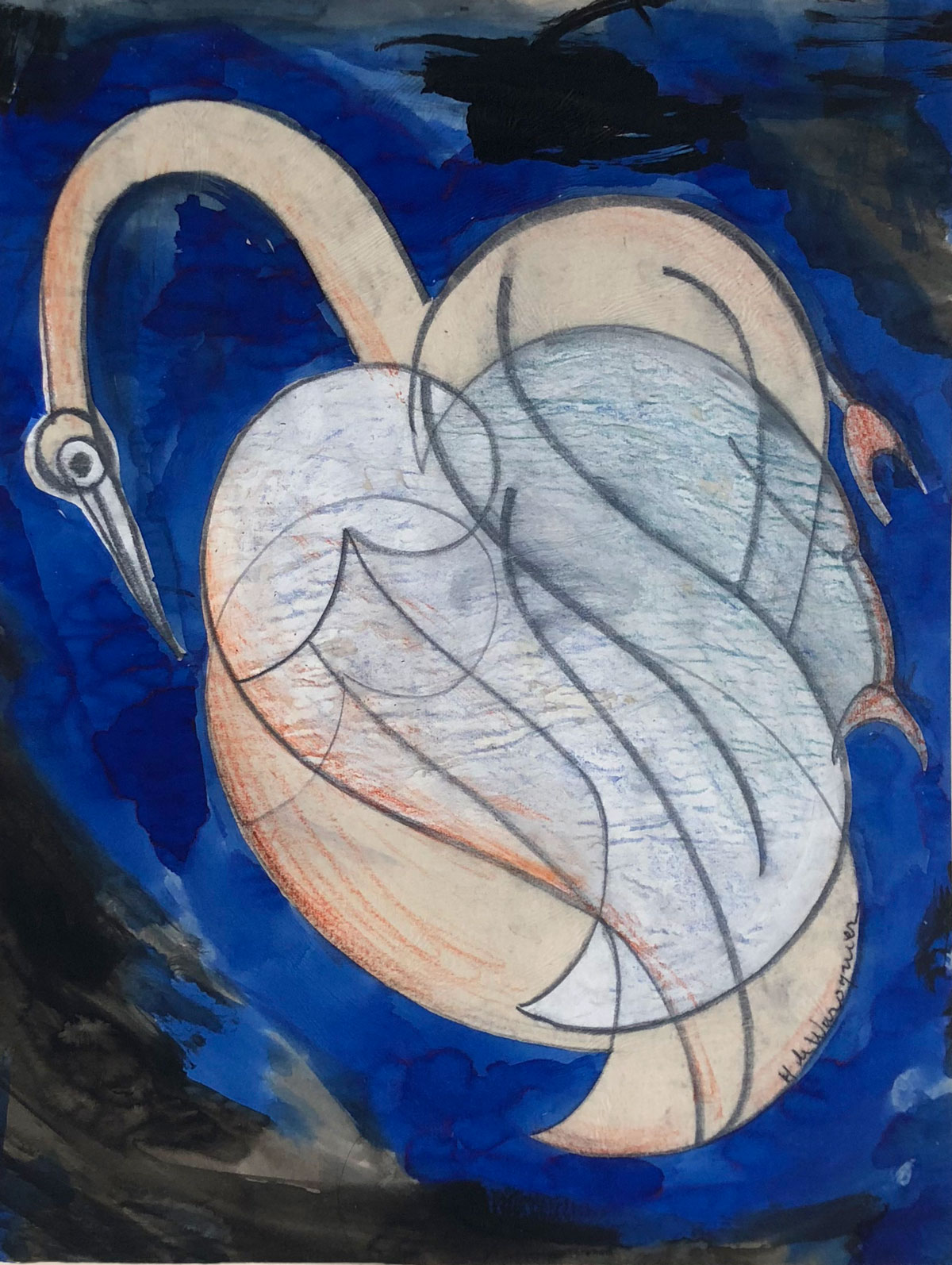 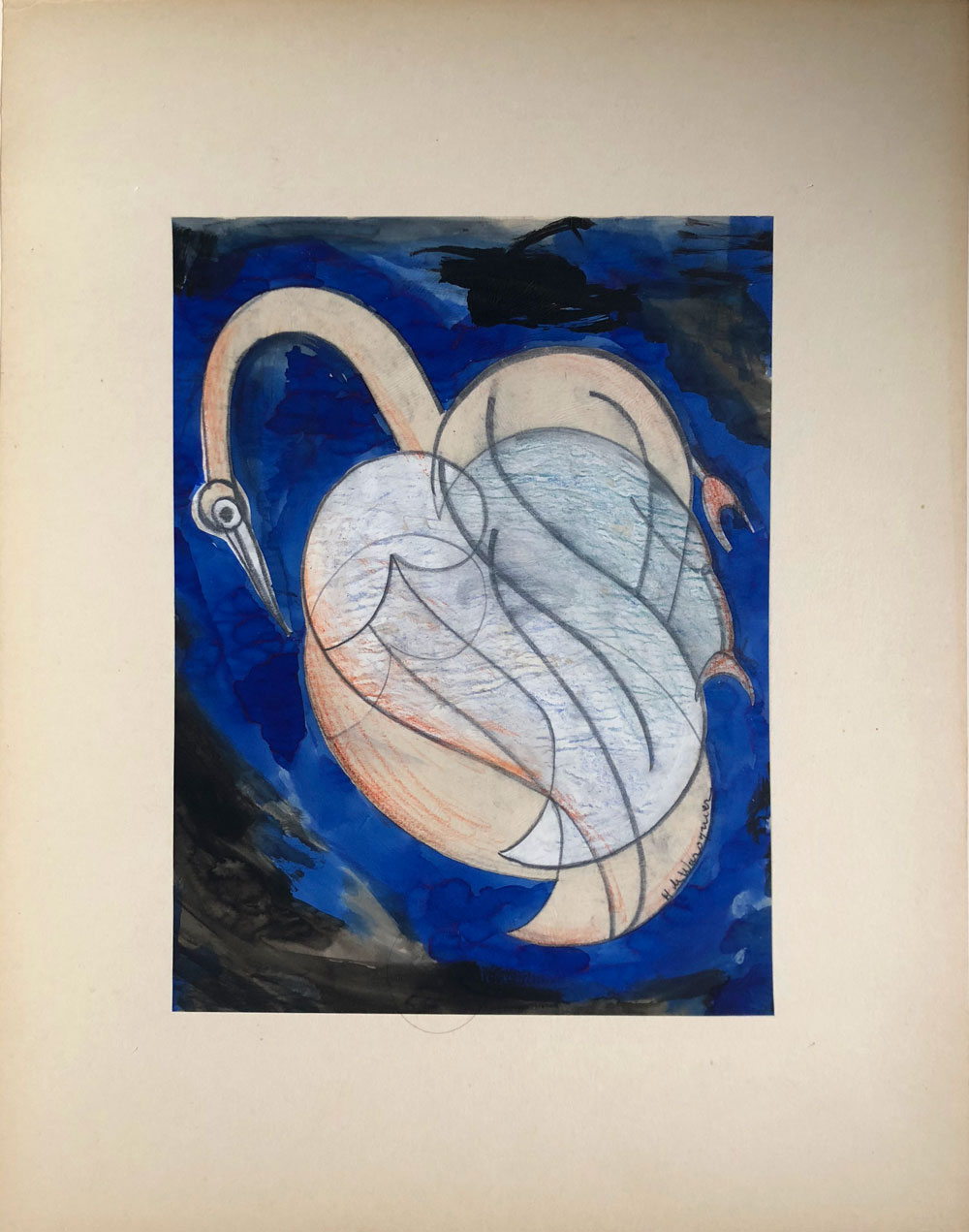