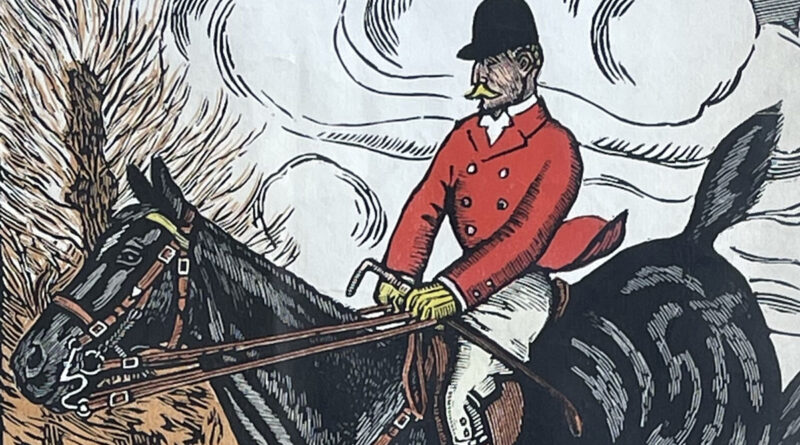 Early 20th Century woodblock print by Henry-Claudius Forestier hand signed H.C. Forestier in Pencil by the artist.   A redcoated English rider on a black horse jumps a hedge accompanied by hounds and other riders. 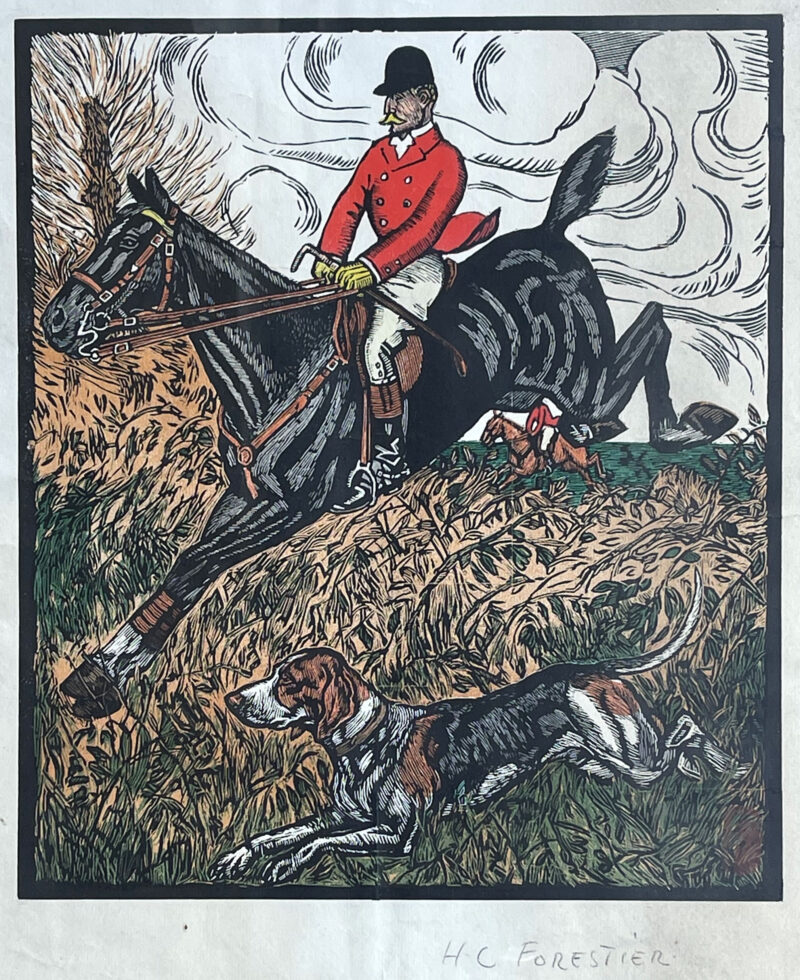 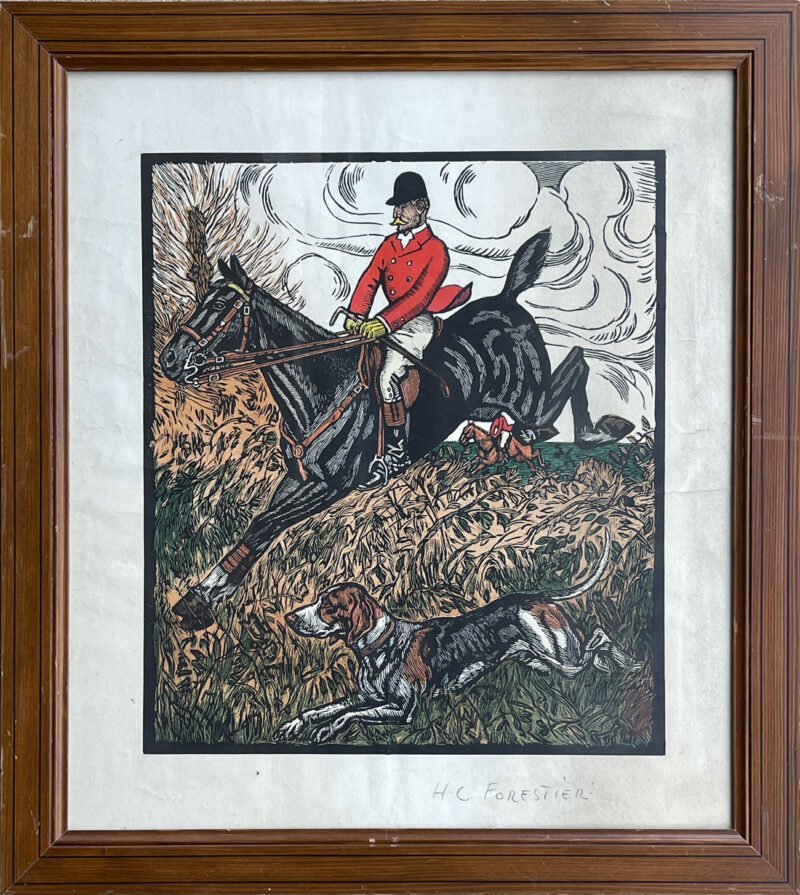