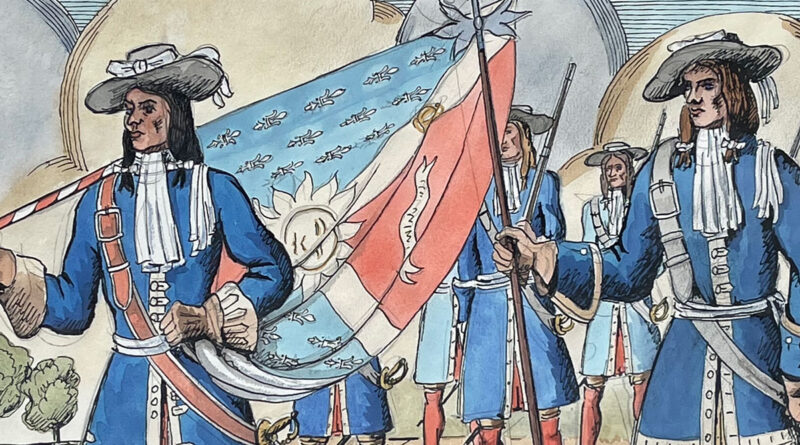 The Gardes suisses or Swiss guards also called the régiment des Gardes suisses, was an infantry regiment which serviced the kings of France from 1616 to 1792 and from 1815 t0 1830.  The guards were also referred to as the 100 Swiss (100 Suisses).  This mixed media skeetch was probably a project for an illustrated book or magazine or for a poster. 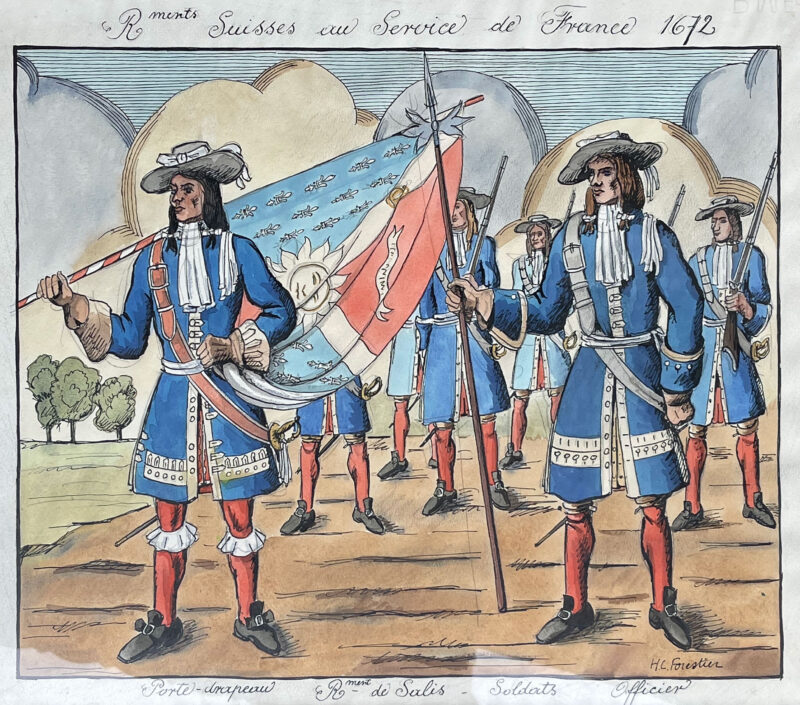 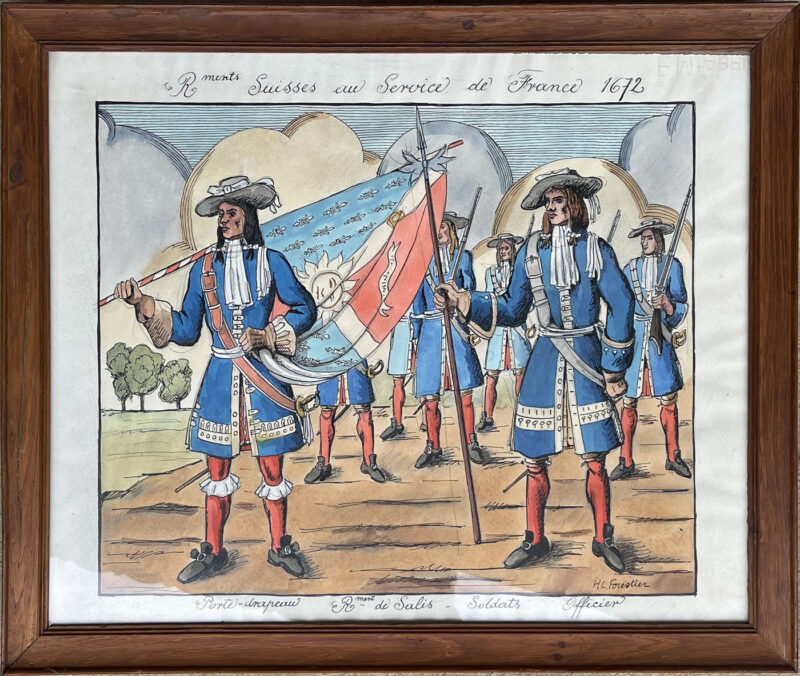 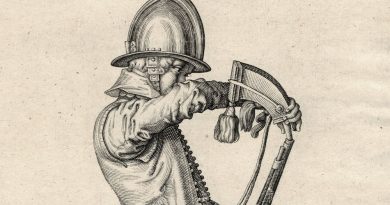 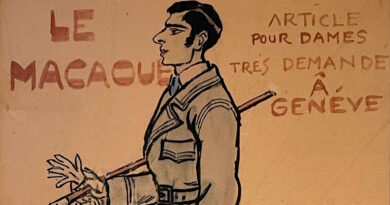 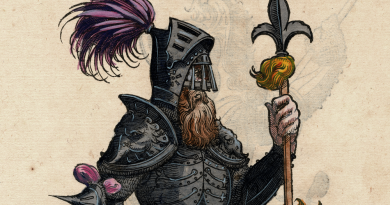