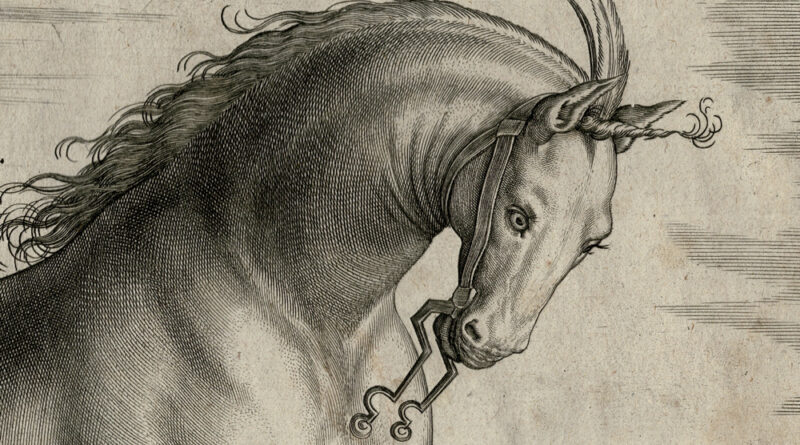 A rearing stallion From the rare and exceptional series of engravings of horses from the famous work Equile Ioannis austriaci Caroli V imp.f 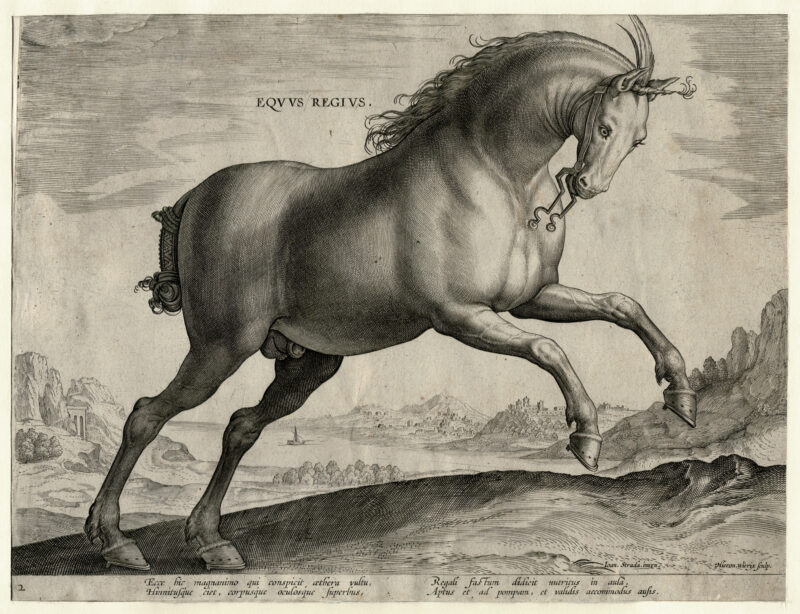