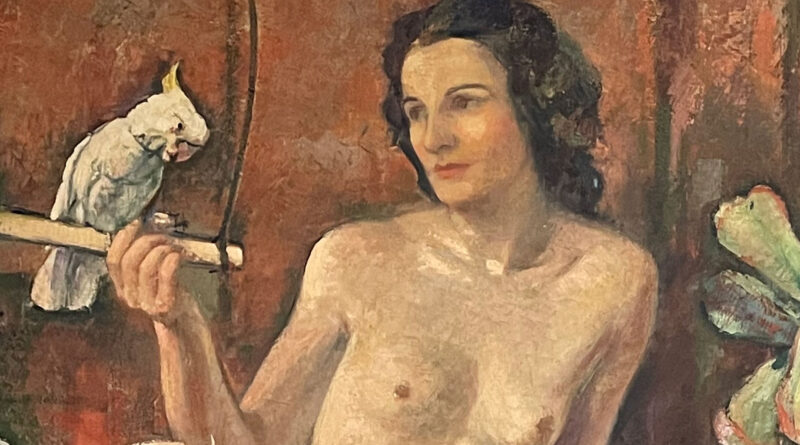 Beautiful large format oil on canvas of a nude with a cockatoo surrounded by tropical plants.  The work appears to date from the 1920s or 1930s and shows the influence of the art deco period.

Rudolf LÖW (1878-1948) was a Swiss painter and engraver, strongly influenced by Ferdinand Hodler, who studied at the University of Basel and later at the Knirr School in Munich.

He wrote several books including an autobiography: Mein Weg zur Kunst (My Pathway to Art) and a three-part artist’s novel about Basel called Häuser über dem Rhein (Houses over the Rhein).

Rudolf Loew was also a muralist, who painted murals for the Basel Train Station. 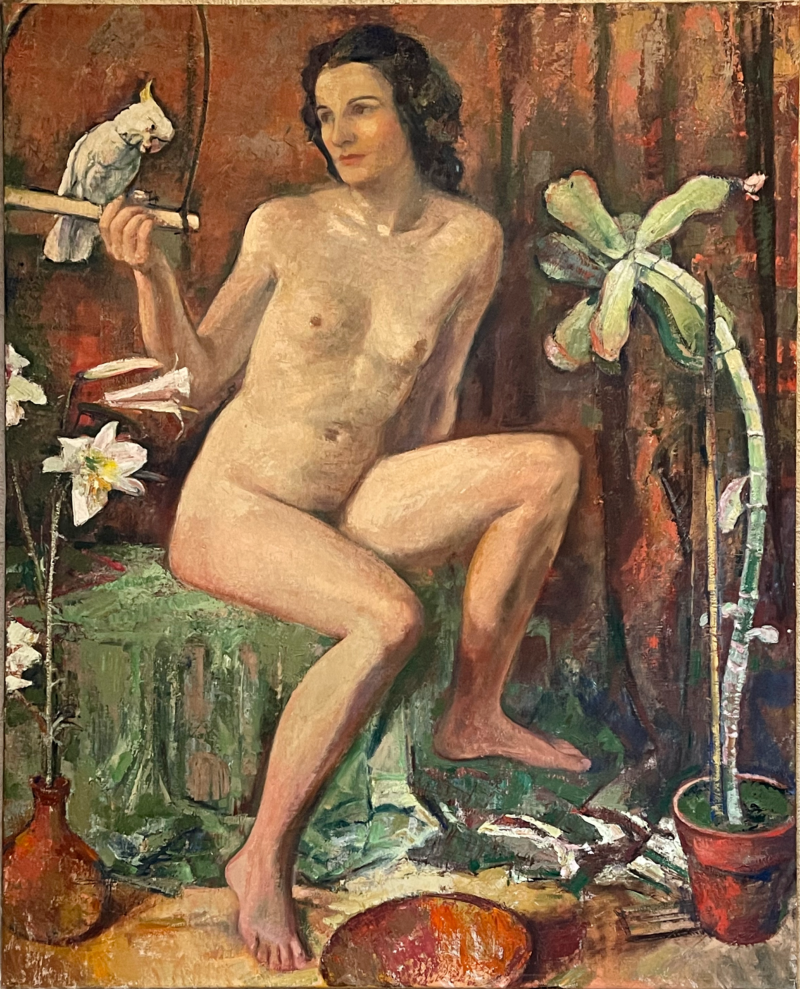