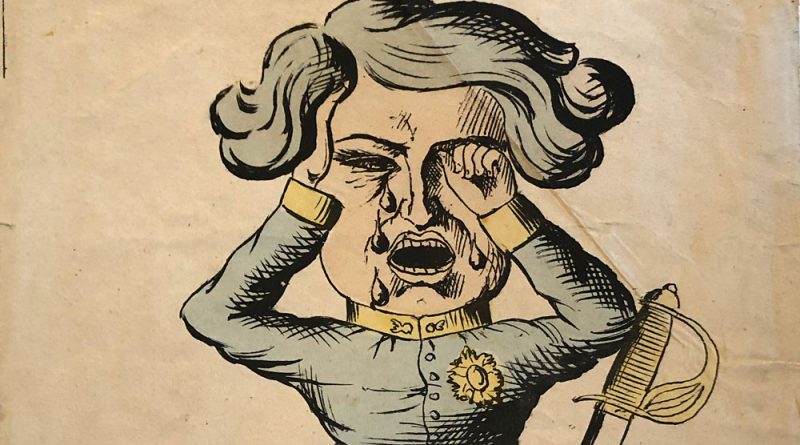 “I just want my people!”

A military figure stands weaping for the people who have apparently have deserted him.

We are not certain which French historical figure is represented. One possibility is that it represents Louis Adolphe Thiers after he was forced to resign the Presidency following his supression of the Paris Commune of 1871 (La Commune de Paris).

Condition: Creases and some light discoloration.

The Museum Carnavalet in Paris has a copy of this print in its collection. 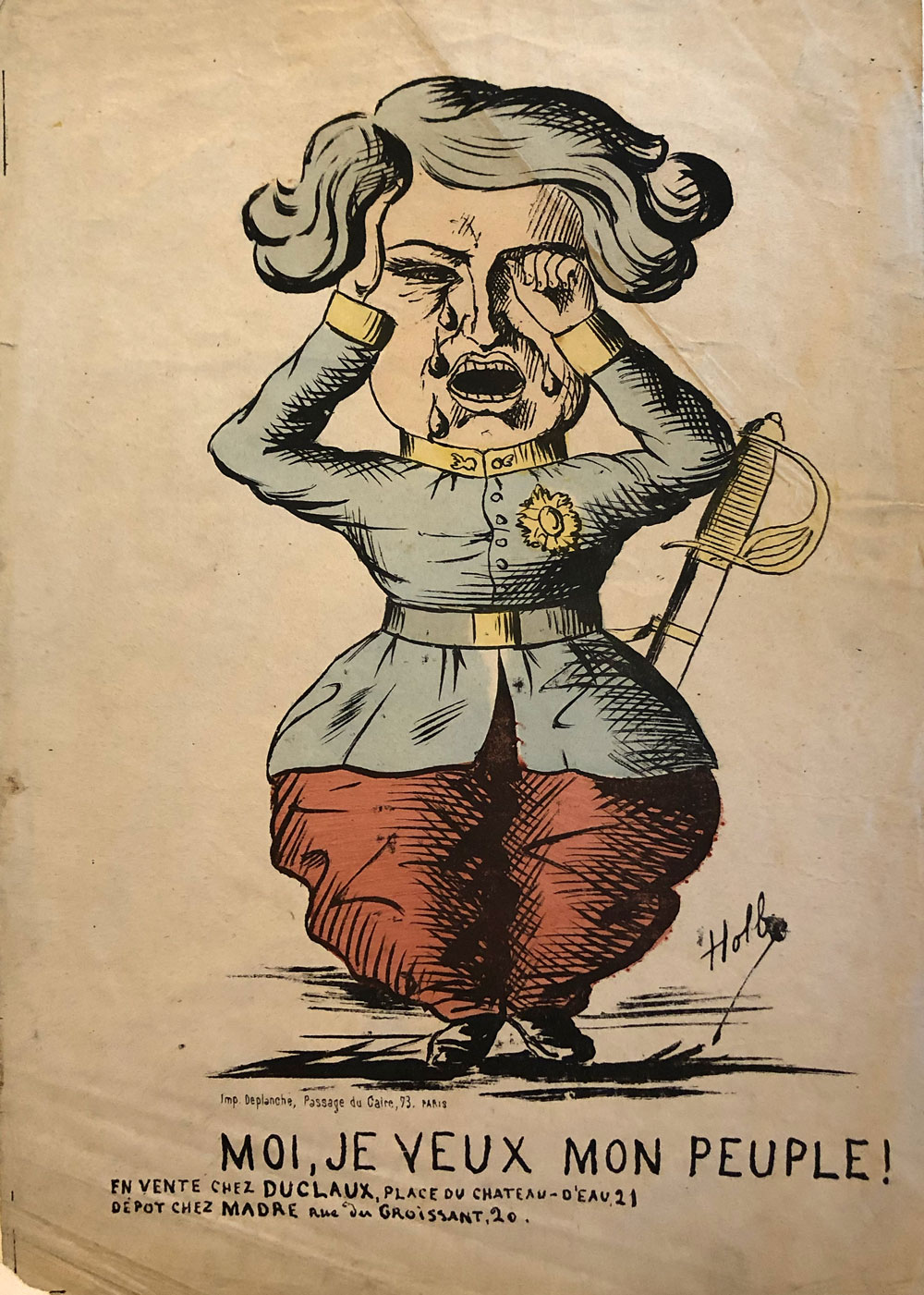 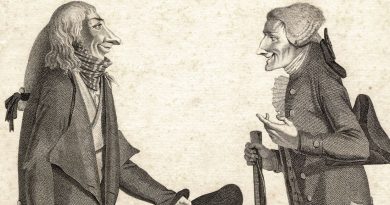 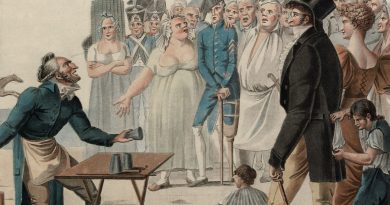 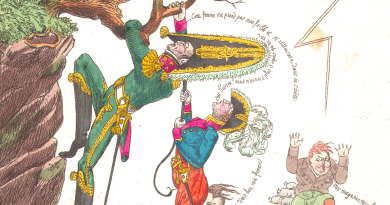