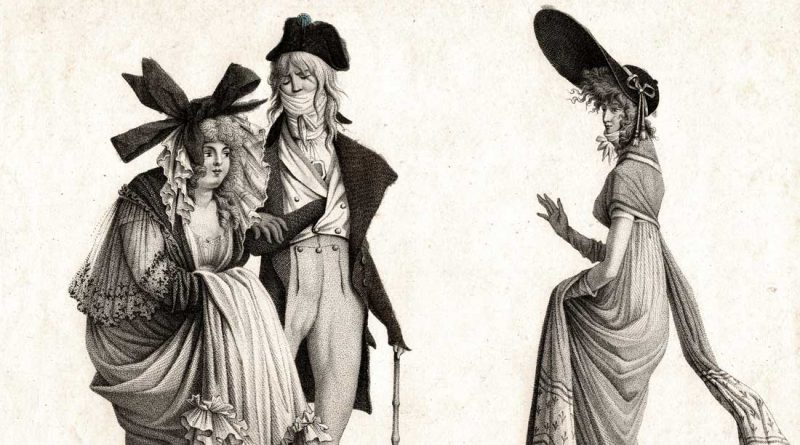 Two Merveilleuses, accompanied by an “Incroyable” take a stroll on a Paris street. They wear the exaggerated hats and hairstyles of the period.  This is an original antique engraving.