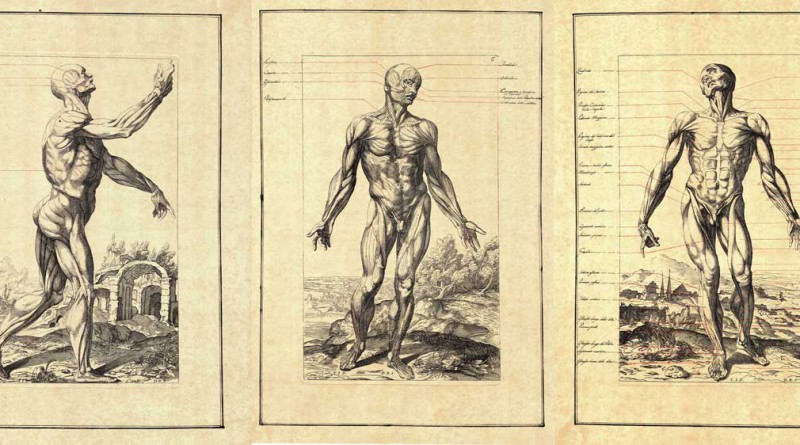 Three large images depicting male anatomy with the notations in Italian in the borders and beautiful landscapes in the backgrounds. Click on the images to enlarge.

These arel high qualityreproductions of a famous Italian Renaissance anatomical reference and a cover sheet.

These were most likely reprinted sometime between 1930 and 1960, but we have been unable to determine the exact date. These early 20th Century reproductions are of a quality that one seldom sees today. They are printed on heavy brown paper with a high quality lightly marbelized finish.

On the reverse is an indication that the prints were made by the company Deutsche Farmitalia GmbH Freiburg / Brsg and printed in Milan by O. Grafiche Ricordi S.p.A.

The original Notomi di Titiano was published in Bologna around 1670 and based on Andreas Vesalius’ groundbreaking renaissance antatomical work published in 1543 De humani corporis fabrica (On the fabric of the human body) which was one of the first books on human anatomy.