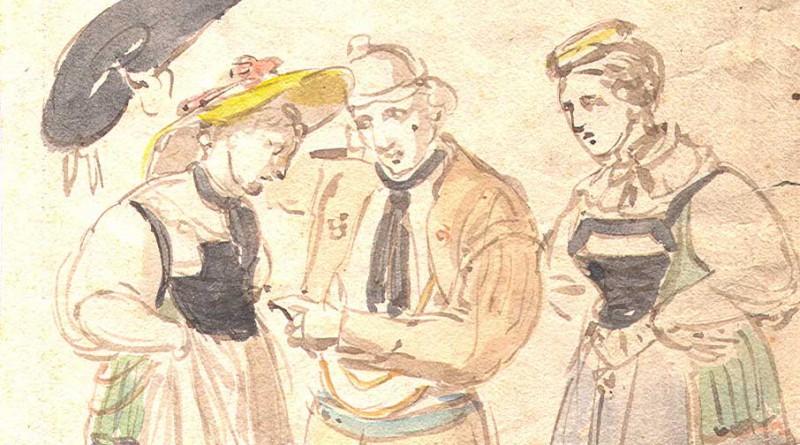 It shows two women and a man in the typical costumes (trachten) of Lucerne (Luzern).

The image is painted on old handlaid chainlinked paper.

As a young man, Reinhardt studied in Italy (in Lucca and in Rome) where after his money ran out, he also worked for a time as one of the Swiss Guards at the Vatican. After returning to Luzern, he earned a living painting religious works, including several large altarpieces. Gradually he also began to gain reputation as a portraitist. Between 1796 and 1802 Reinhardt traveled through Switzerland to document national costumes for his famous major cycle of prints on Swiss peasants.

There is an annotation “Luzern” below the figures.  There is also an additional note at the bottom which we have not been able to read. (If anyone reads old German handwriting and can decipher it, we’d be grateful to hear from you!) 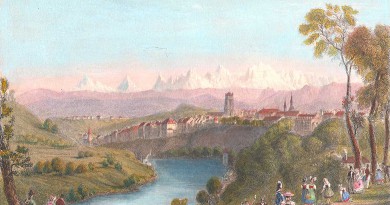 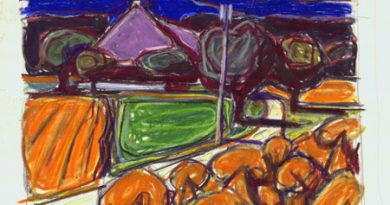 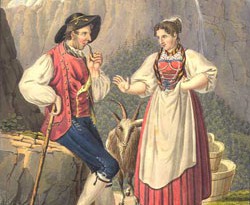 Joseph Reinhardt – A Couple in the Costumes of Unterwalden