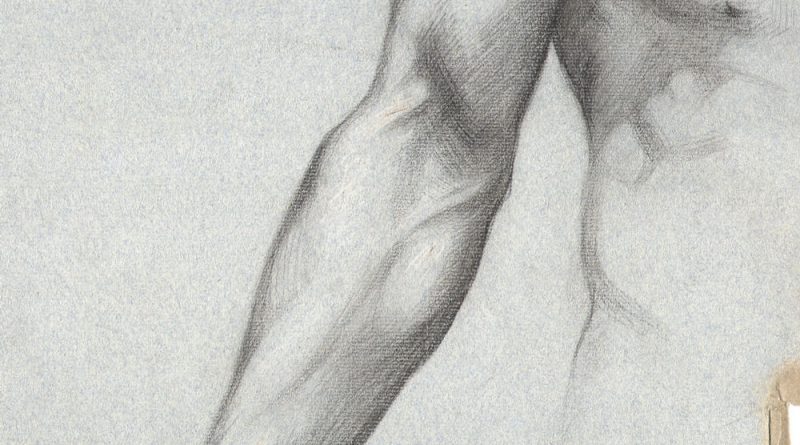 Study of a Male Arm

We are not certain whether Stauffer is the author of this work, but it was acquired in the same group of drawings as the signed female nude which is in a similar style and on the same paper, so this work is likely by the same artist.
Pencil drawing on Blue Gray Ingres Paper.

Condition: Sheet is torn on lower edge of right side (as shown)

Swiss artist Henri-William Stauffer was a painter and professor of art at the Ecole des Beaux-arts (School of Fine Art) in La Chaux-de-Fonds, Canton of Neuchatel. He is particularly known for his beautiful studies of male and female nudes.