Standing male nude / figure study of an athletic young man with a chiseled profile monogrammed by the artist and dated 1906.   Charcoal, pencil, chalk.

Dimensions:  39 x 67 cm
Condition: Some light aging, and creases around the edges of the sheet as shown. 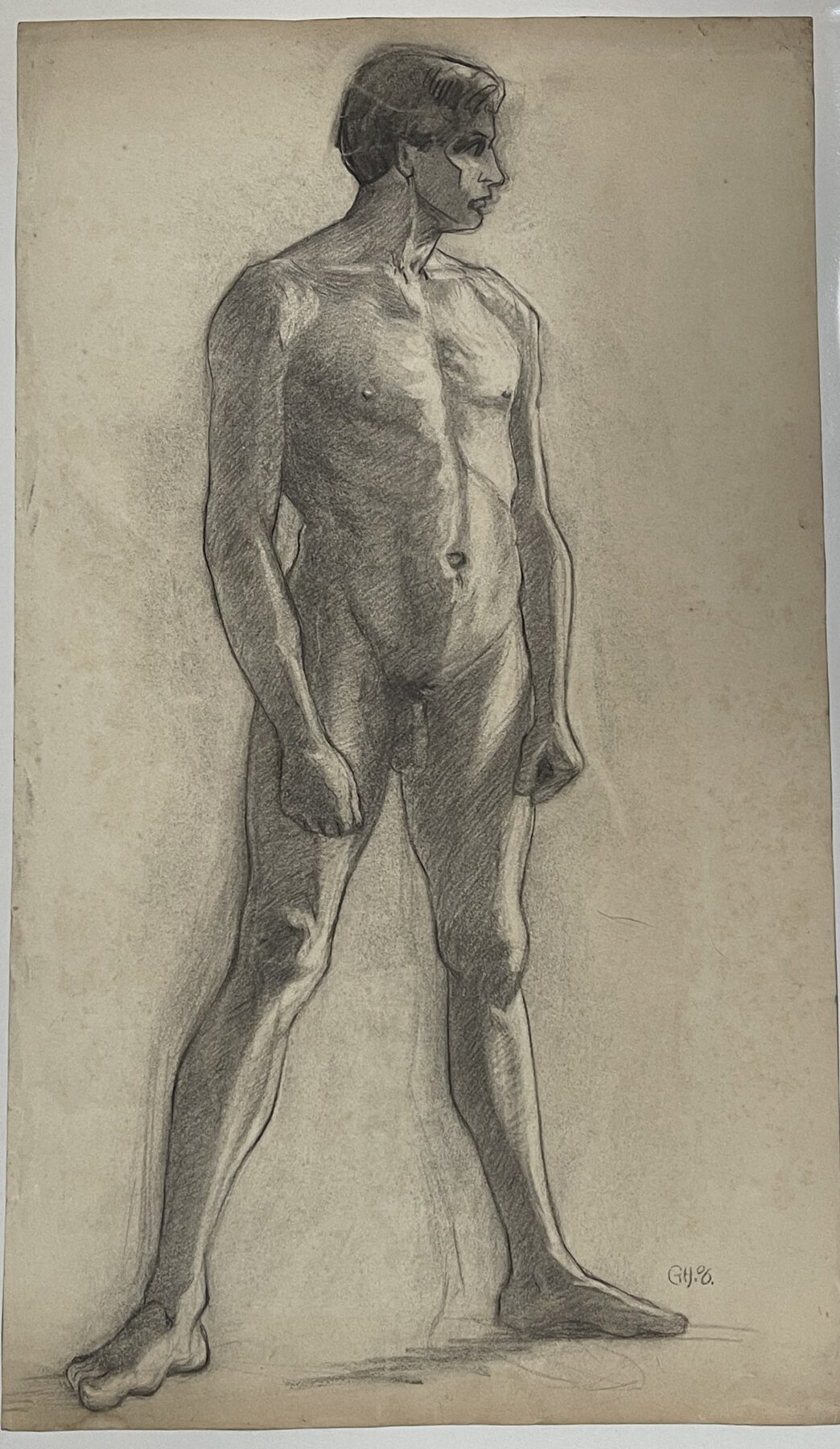