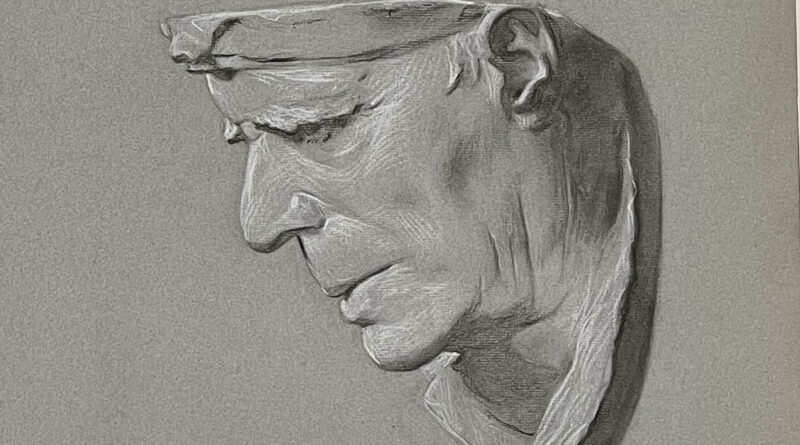 Study of the face of a reflective older man seen from two angles.  Signed Herrmann.  Charcoal, pencil, chalk.  Perhaps a portrait of a thinker, philosopher or religious leader.

Dimensions:  64 x 40.5 cm
Condition: Some light aging, and creases around the edges of the sheet as shown. 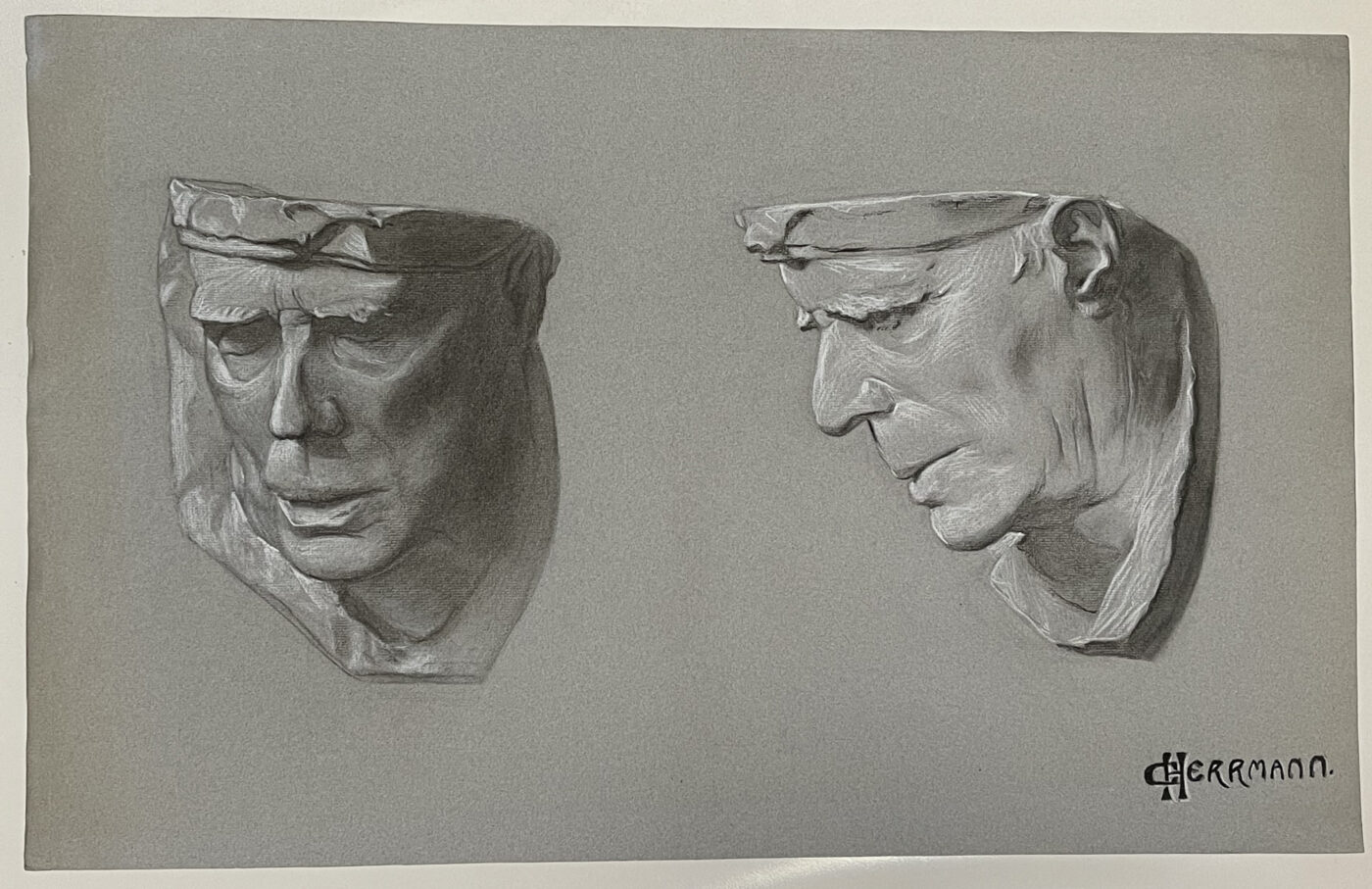