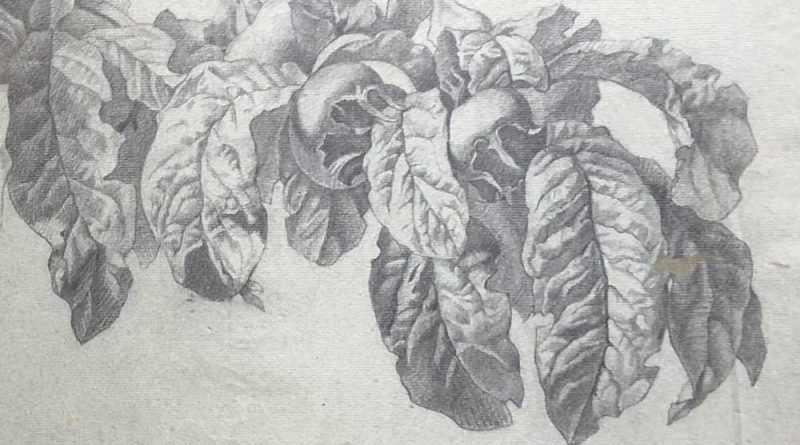 Beautiful original drawing of a branch of the Common Medlar (French: Neflier) executed by the artist in 1886 just after he had turned 20.
Signed and dated by the artist lower right.  Titled “Neflier” (Medlar).

Condition:  Soiling and creasing as shown.  Outer edges of sheet torn, with several tears coming in from the edges.

Louis Curtat was the son of a farming family from Bussigny (Vaud, Switzerland) and studied engraving and industrial design in Mulhouse, France in particular with the painter Eugène Burnand. He also worked and studied at the 'Ecole des arts décoratifs in Paris. Returning to Switzerland in 1909, he settled in Lausanne where he specialized in watercolor portraits and city vues, documenting the streets of older parts of the city which were beginning to disappear.