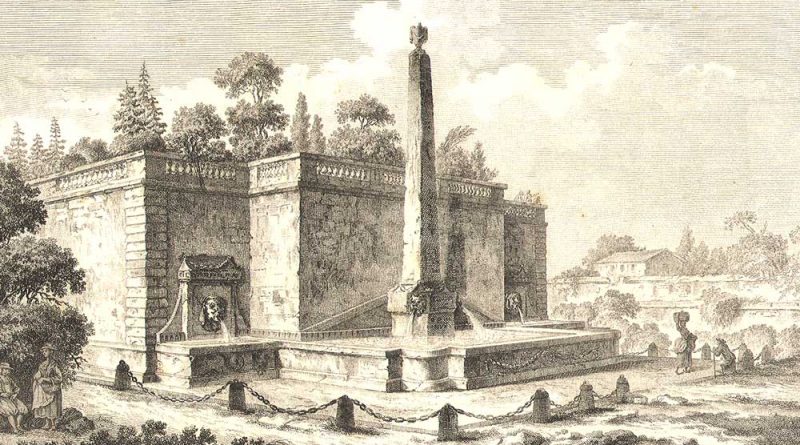 Dessine par Paris, grave par Dupare – The letters A.P.D.R. appear on the print, which means it was engraved “avec privilège du roi” – or licensed by the king – this is an annotation which one sees only on prints published before the French revolution. It indicated the print had been approved by the French censures.

In the 18th Century, the town of Vevey decided to add a third fountain the water sources in the town.  A plan for a monumental Egyptian inspired fountain was drawn up by the artist and designer Michel-Vincent Brandoin and completed in 1773.  It was considered strikingly modern for its time, and caught the eye of the French architect Pierre-Adrien Paris who drew the basis for this engraving from Zurlauben’s topography.  The artist and caricaturist Brandoin was the son of Huguenot refugee and born in Vevey who played an important role in spreading the influence of neo-classicism in the region.  He was known as “L’Anglais” (the Englishman) since he had lived for 10 years in England and married an Englishwoman.

Over the course of the centuries, the fountain was moved twice, but it survived and today it sits at the base of the Tour de L’Horloge.

Condition: This is one half of an original folio sheet which had two separate copperplate images on it.  Very good. Cut to edge of platemark at top. 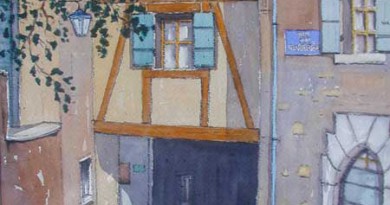 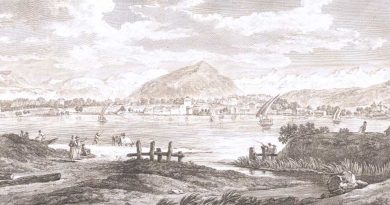 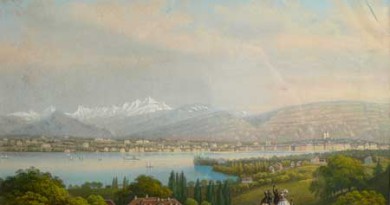