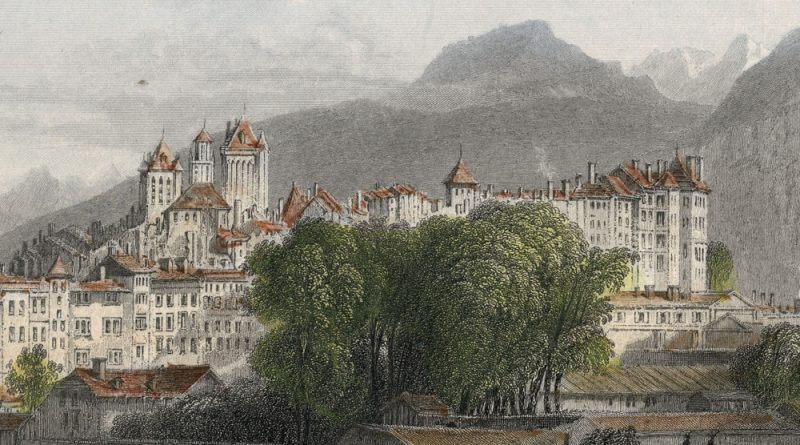 In the foreground, we see the old wooden tannaries on the Rhone river in the area near the current location of Quai de Seujet.  Soldiers on guard below the ramparts flirt with a group of women on the river banks.  The St. Pierre Cathedral and old town rise above the left bank, with views of the French Alps and Saleve.

Dimensions:  17.5 x 12 xm (Image)  27 x 20 cm (Full Sheet)
Condition: Some small stains and spots.  Outer margins of the sheet have age toning. Overall there is nothing that mars the general attraciveness of the sheet. 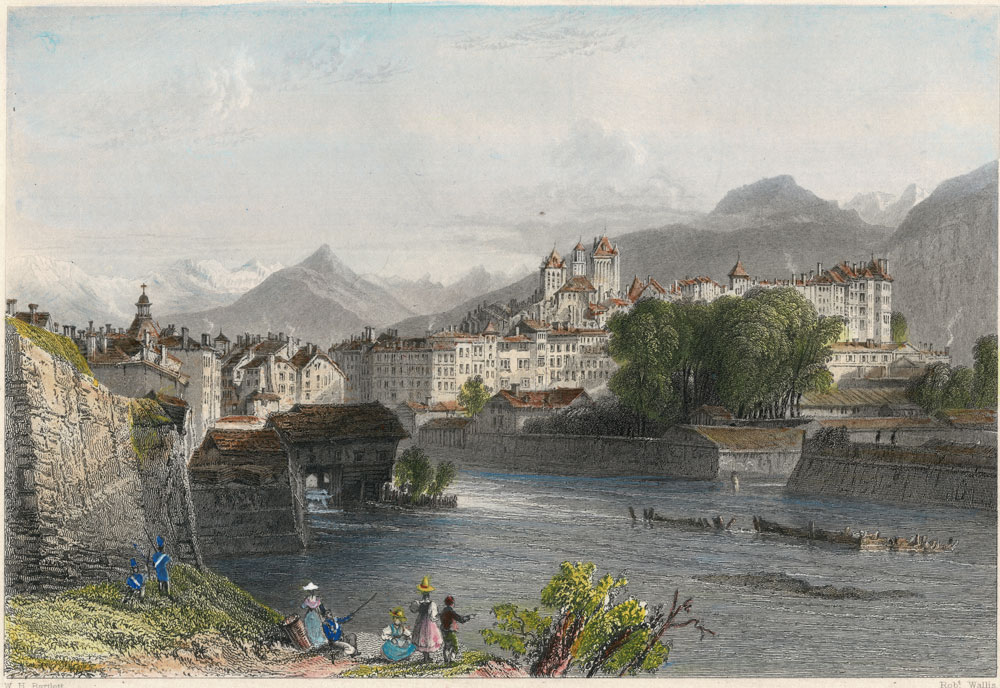 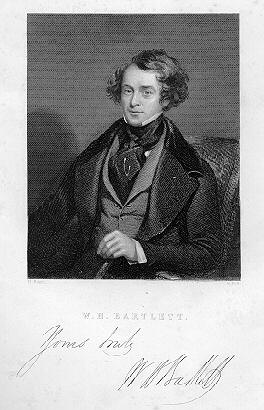 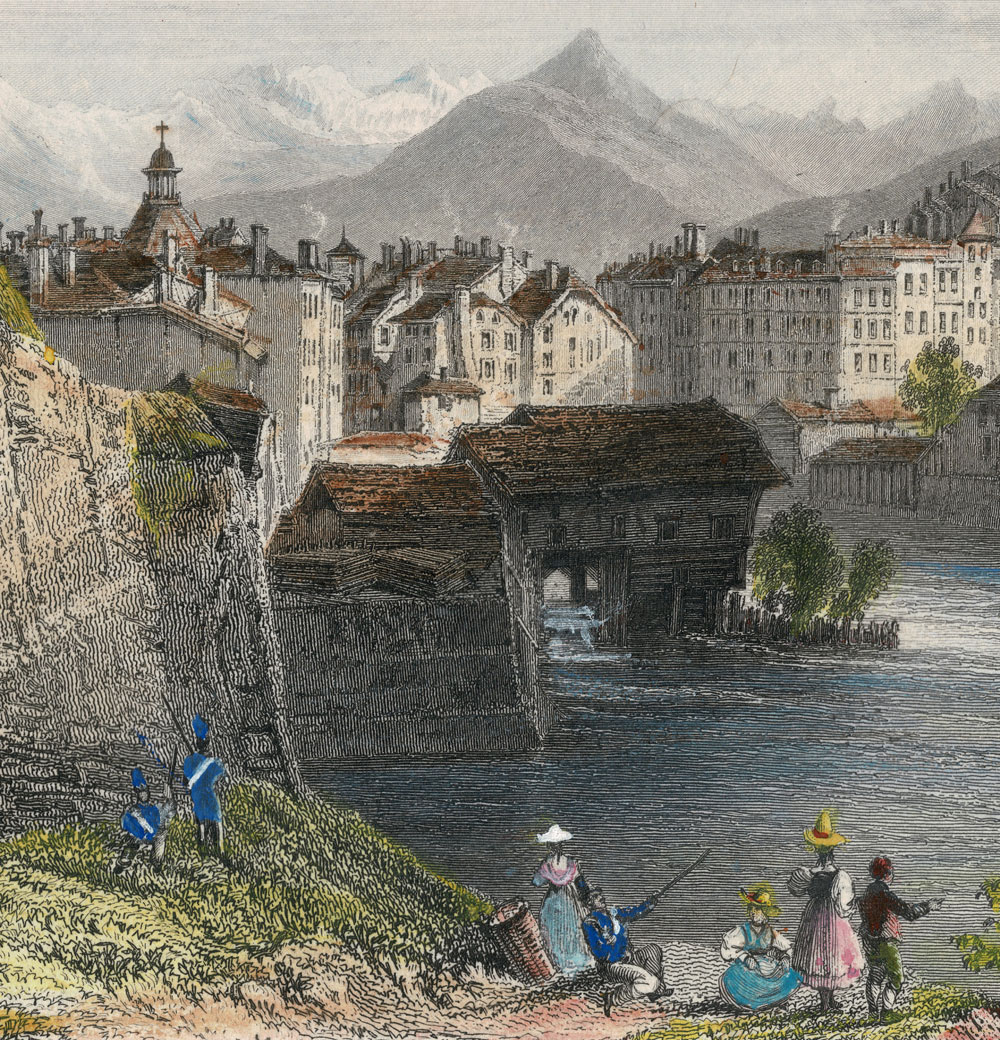 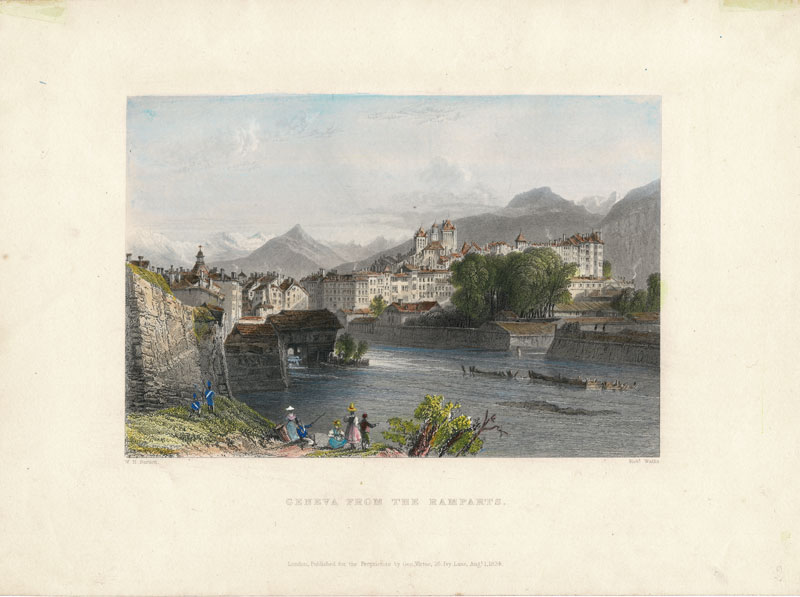 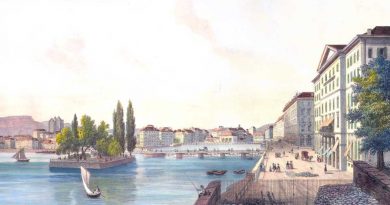 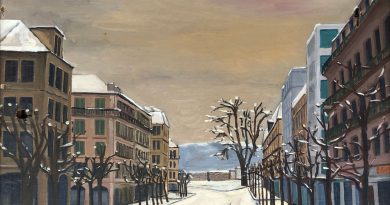 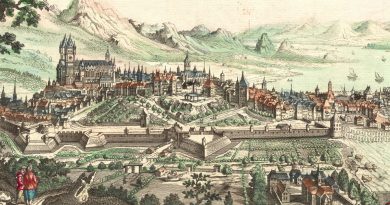 Reproductions of This Engraving Also Available on Redbubble