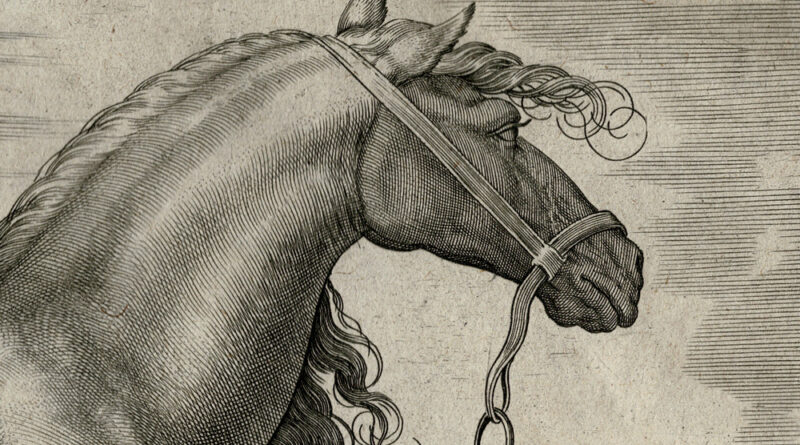 A stallion from the rare and exceptional series of engravings of horses from the famous work Equile Ioannis austriaci Caroli V imp.f (The Stables of Don Juan of Austria / Le Haras de Don Juan d’Autriche) published in Antwerp in by Ph. Galle, circa 1580.

Condition: Cut to platemark. Crease or old split in page running through center (can be seen at belly of the horse) Reinforced with old paper on reverse. Light toning as shown. Very sharp clear impression. 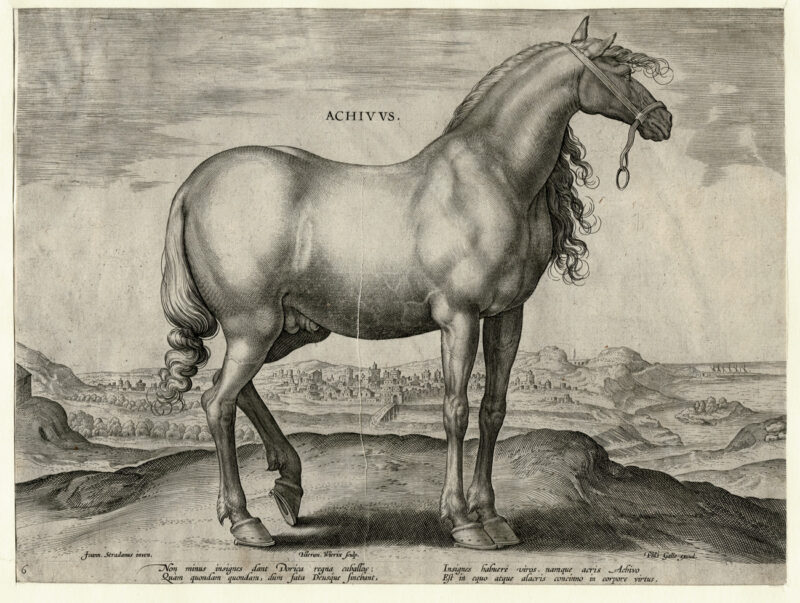