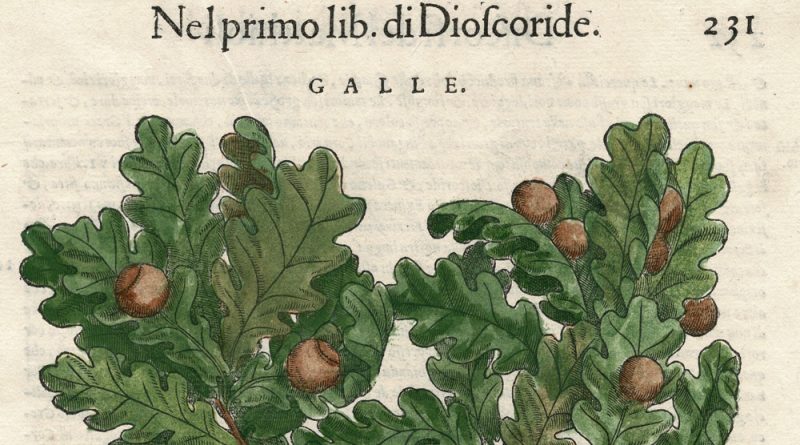 Tithymalus Myrsinites
Galle – Italian Oak
Page 231 (in color) and on reverse of the sheet, page 232

Condition: Very good. Small hole in the sheet lower left.  Print from opposite side shows through as is the case with most old woodblock prints. 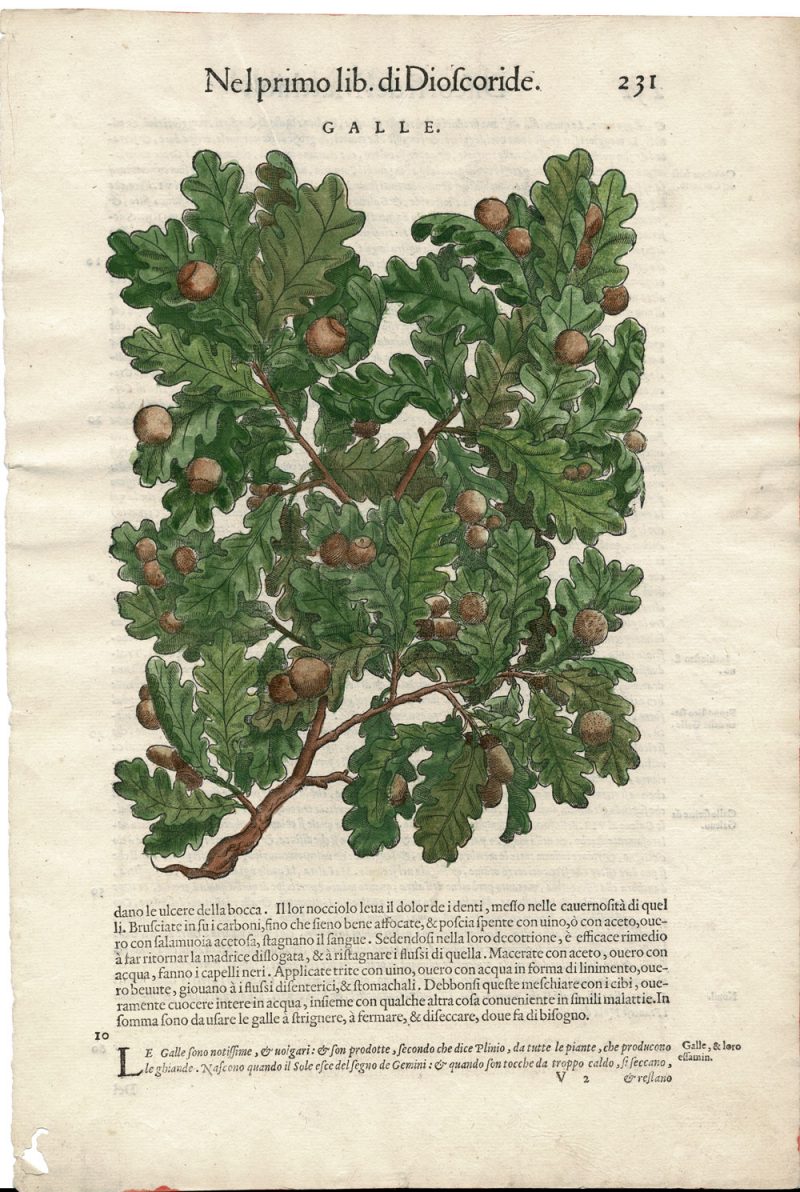 Below is the text on the reverse of the illustrated page with the book’s short form title “Discorsi del Matthioli” at the top.  The page continues the description of the Italian oak. 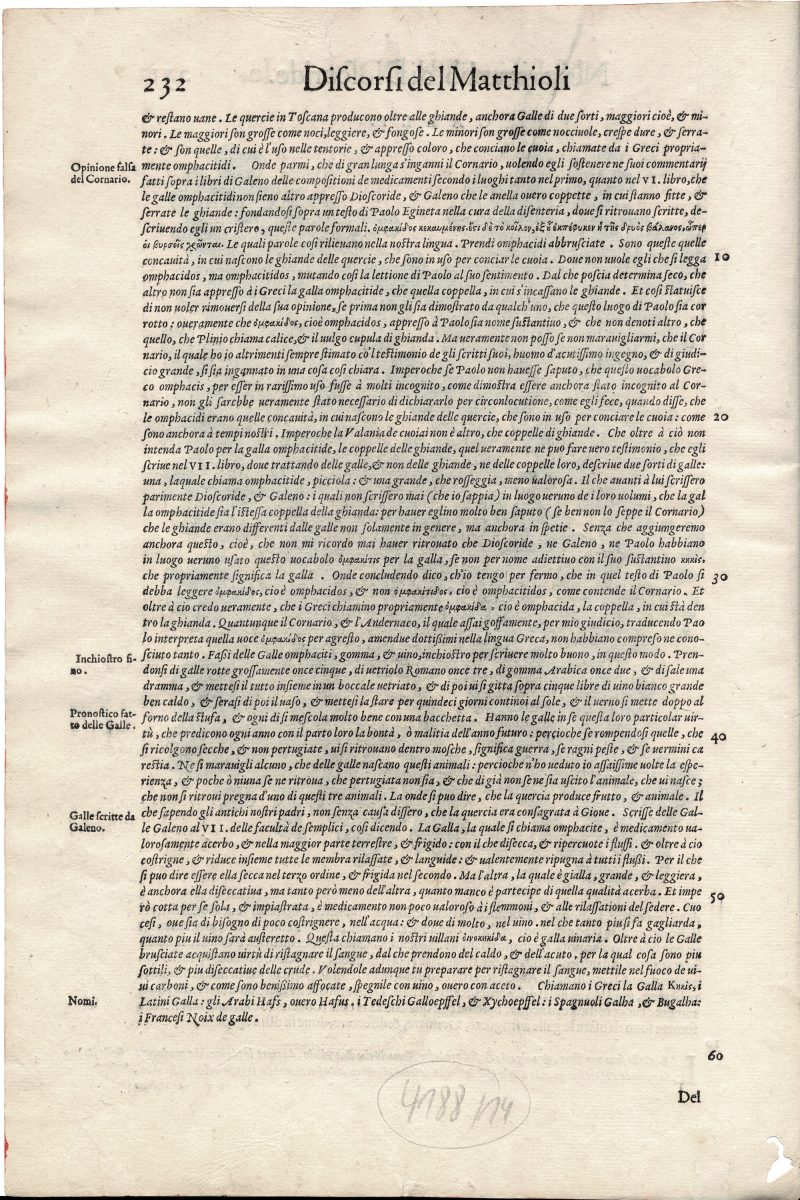 More from this work