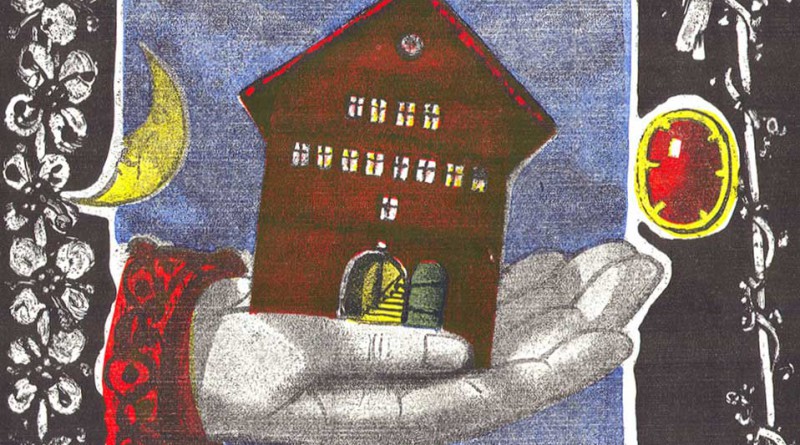 This is an illustration from a german edition of Andre Gide’s version of the story of the return of the prodigal son which was illustrated by Hunziker.  “Die Heimkehr des Verlorenen Sohnes” 1953

Wonderful home sweet home image of a hand holding a red house with it’s welcoming door open, and a pair of shoes comfortably set in front. 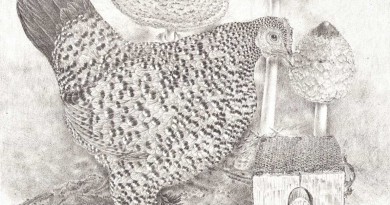 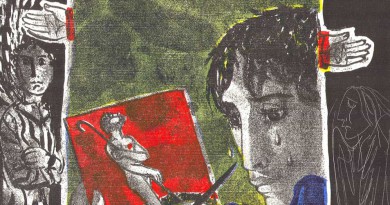 Max Hunziker Artist and Canvas from Return of the Prodigal Son 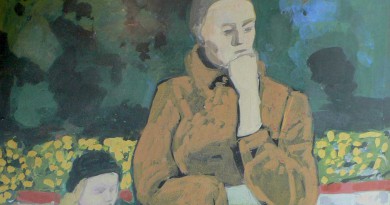