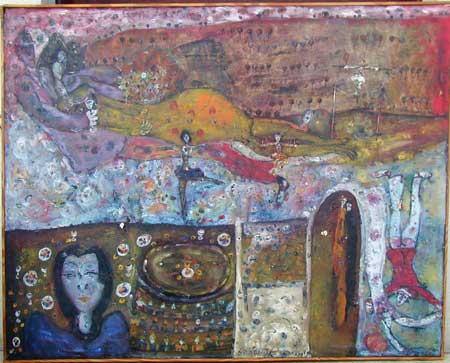 Jan January Janczak was born in 1938 near Cracow in Poland, and attended that city’s College of Art. Early in his career he was best known as a filmaker. One of his films was shown in Cannes in 1979.

Janczak moved to Switzerland in 1980, and his work became increasingly sought after in this country following a successful restrospective exhibition at the Kunsthaus Aarau. His works can be found in many collections in Europe and the United States.

In this painting, a woman stands lost in thought in a dream-like surrealist landscape, while a ballerina twirls and lovers lovers float, Chagallesque, against the sky. Are these her memories, her dreams? 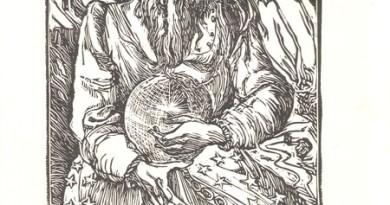 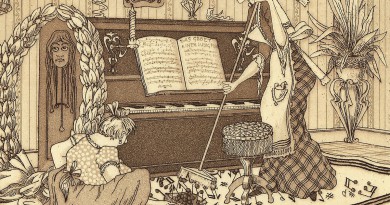 After the Family Concert – Engraving by Hans Eggimann 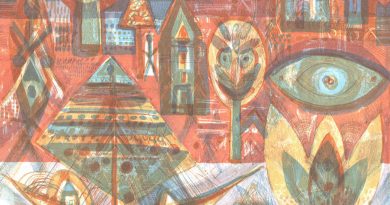