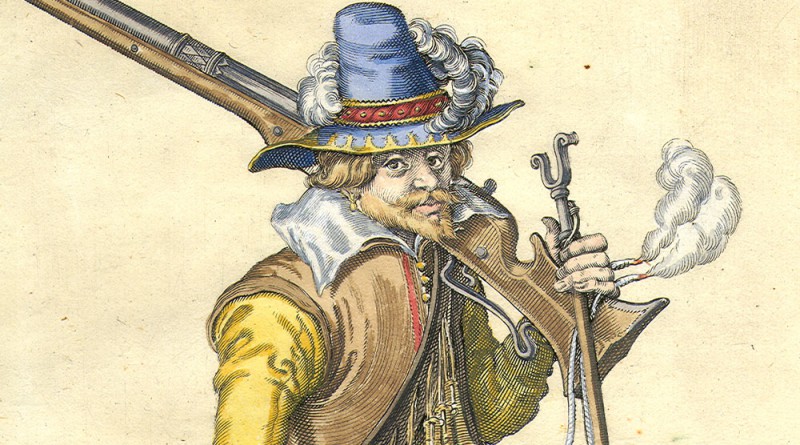 These wonderful 400 year old images show Dutch Riflemen – Musketeers or Fusiliers – demonstrating how to use the arquebus, the forerunner of the musket or rifle. The engravings were made for The Excersize of Armes or Wapenhandelinge, the most influential military manual of the 17th Century. The work was published in Amsterdam by Robbert de Baudous in 1608. Each image appears to be a real portrait of an individual Musketeer.

More Prints from The Excersize of Armes | Wapenhandelinge