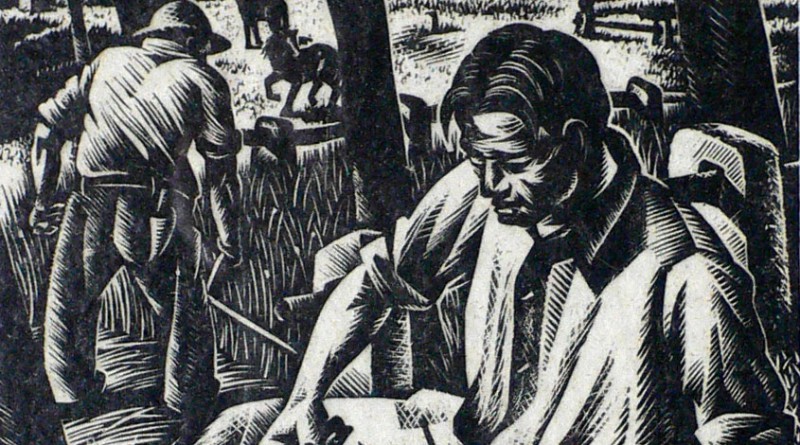 A handsome farmer sits in the shade of a tree to sharpen his scythe. By his side is a flask of wine and a straw hat. Another farmer works in a field of wheat or grain behind him.

Art Deco Woodblock Print – signed in pencil by the artist and dated [19]34.

Condition: The engraving on Japan paper has been mounted against another sheep, and the glue that was used has yellowed slightly at the corners. This mounting was done by the artist, since his signature appears on the underlying sheet (not on the thin and delicate Japan paper used for the engraving). 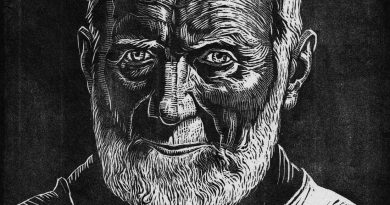 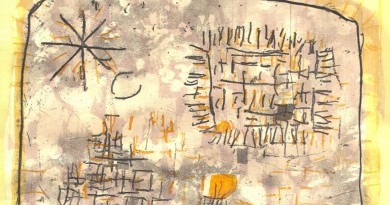 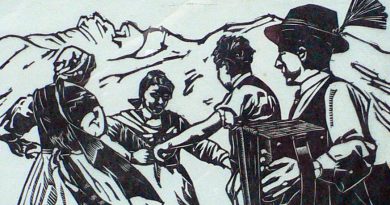