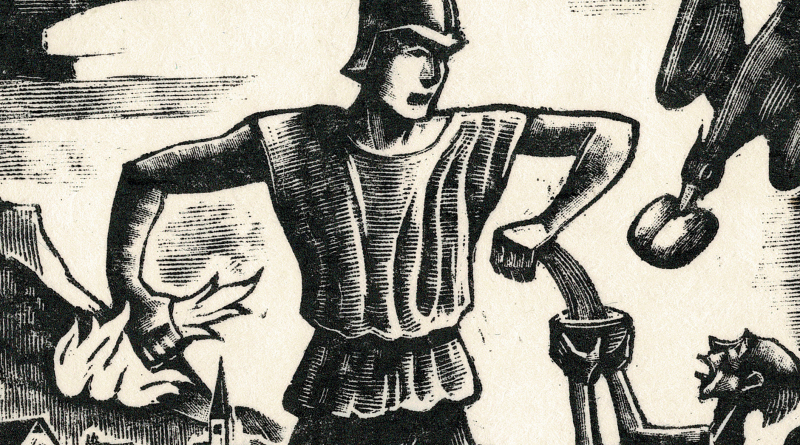 Saint Florian Saint Florian is the patron saint of Linz, Austria; chimney sweeps; soapmakers, and firefighters. His feast day is 4 May.

The text on  the print reads (loose translation) – “Mighty Saint Florian quenches thirst and hunger and saves the land from red fires and from brains lost in madness.”

From a limited edition of 20.  We have several sheets from this edition and the number within the edition may be different from the number shown. 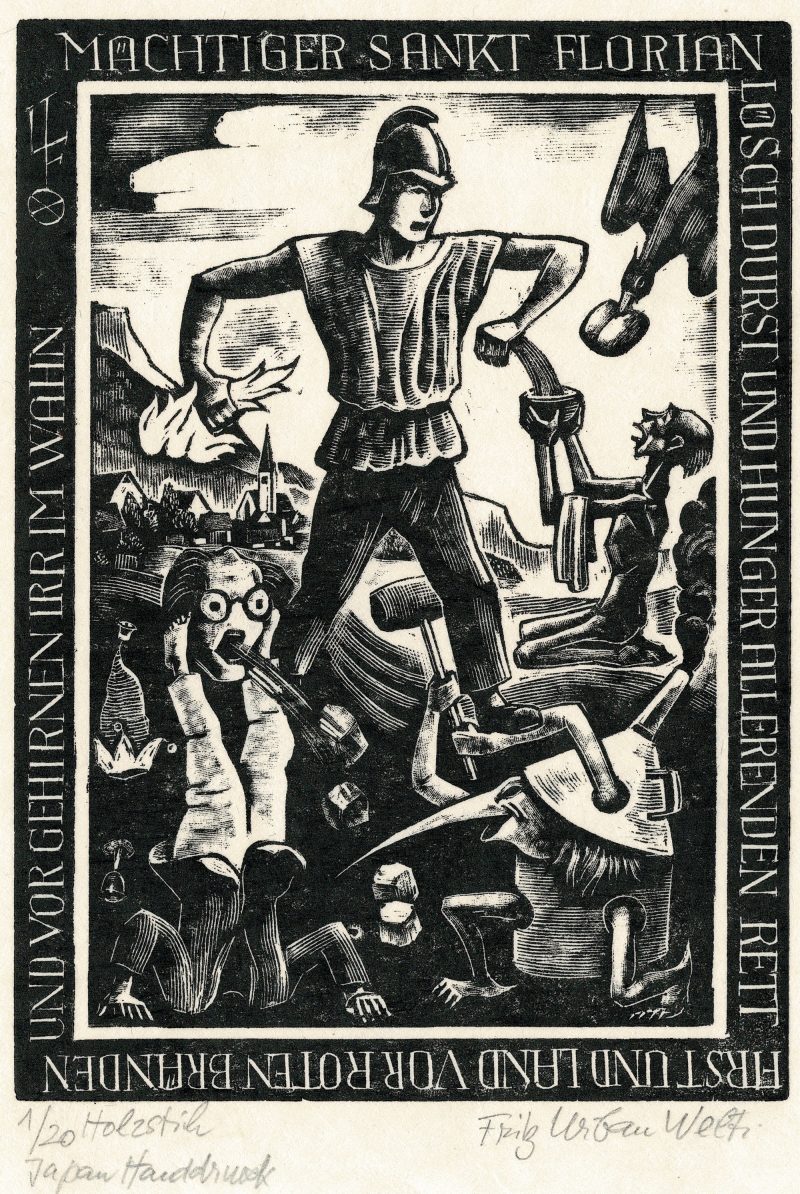 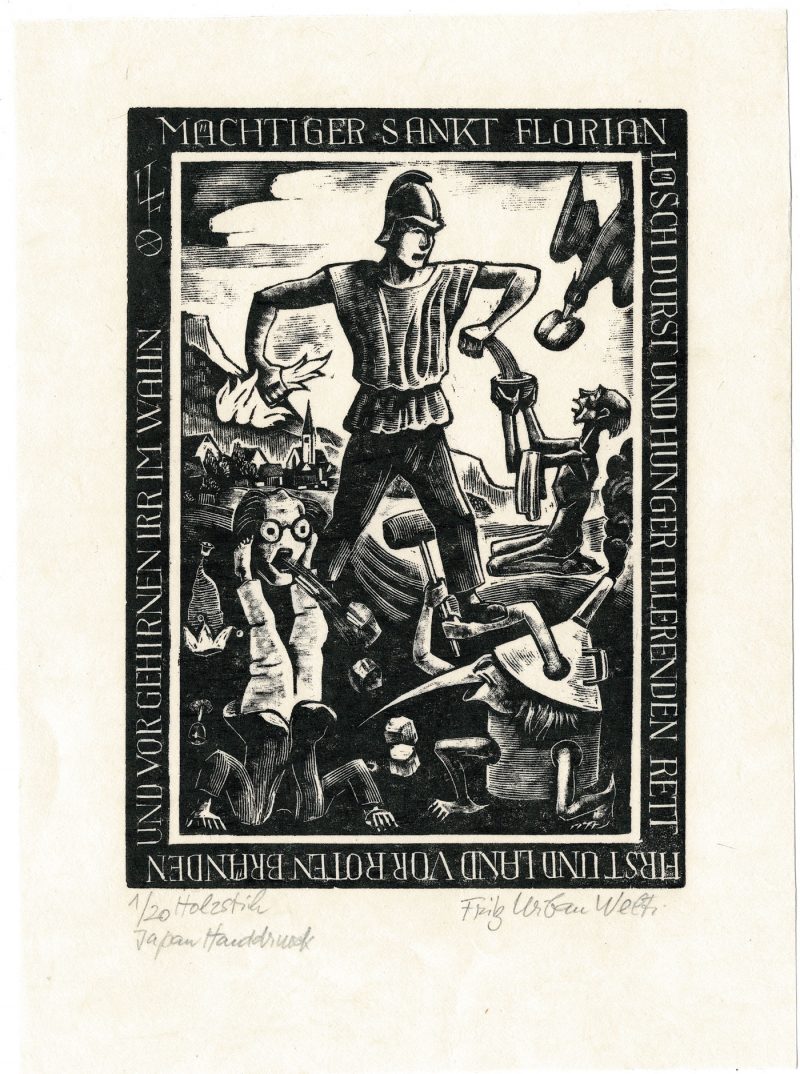 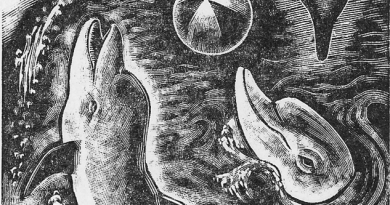 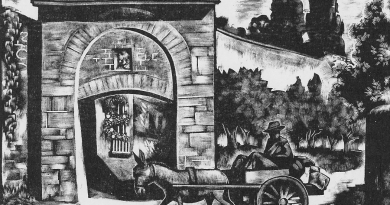