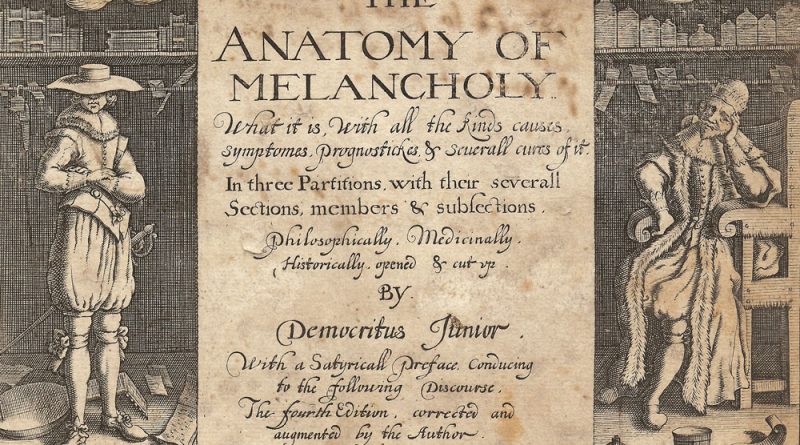 Robert Burton presents his work under the pseudonym of Democratus Junior as a medical textbook on the subject of a range of mental states including what would today be called clinical depression, but also addresses a wide ranging variety of topics in a tone that is often satirical.

Fascinating period annotations on the back appear to be a reader’s notes or critique of the book and its author.

Texts read: Democritus Abderites 2. Zelotypia 3. Solitudo 4. Inamorato 5. Hypocondriacus 6. Superstitiosus 7. Maniacus 8. Borage 9. Hellebor 10. Democritus Junior
THE ANATOMY OF MELANCHOLY What it is, with all the kinds, causes, symptoms, prognostics, and several cures of it. In three Partitions, with their several Sections, numbers, and subsections. Philosophically, medicinally, Historically, opened and cut up. By Democritus Junior With a Satyrical Preface conducing to the following Discourse. The Sixth Edition, corrected and augmented by the Author. Omne tulit punctum, qui miscit utile dulce. London Printed & to be sold by Hen. Crips & Lodo Lloyd at their shop in Popes-head Alley. 1652 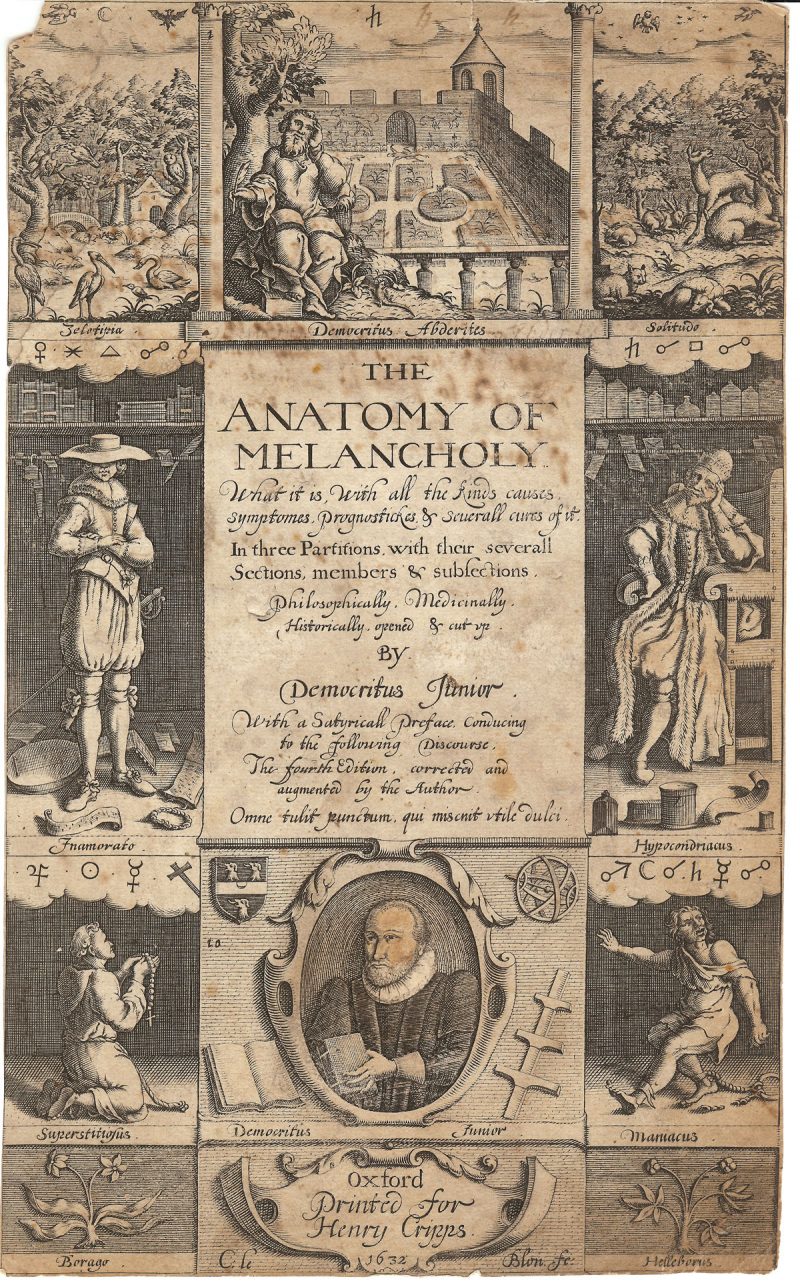 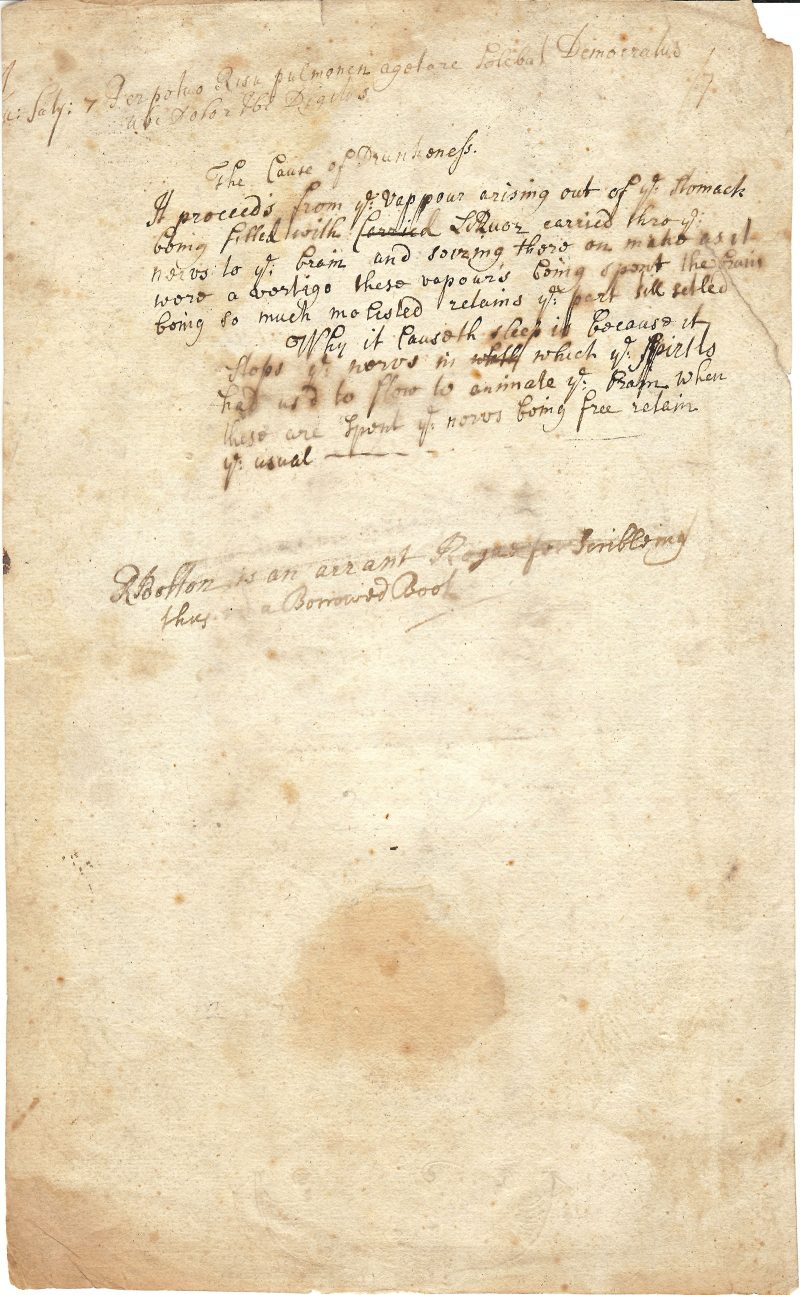 The work shown on the left is the original antique engraving from the 17th Century book. In additional to offering the original for sale, we also offer digitally restored reproductions on a variety of gifts and poster formats.

Reproduction on a Pillow 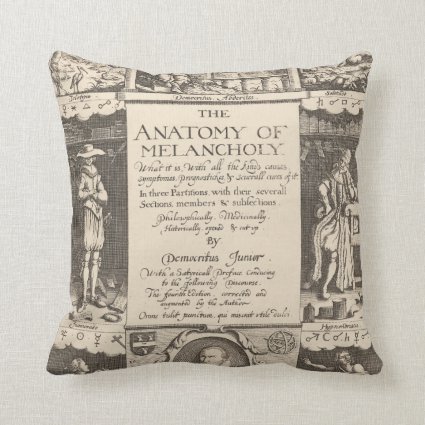 The Anatomy of Melancholy Throw Pillow
by AntiqueImages

On a Throw Blanket 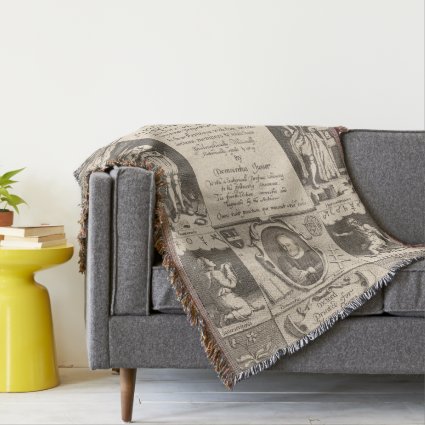 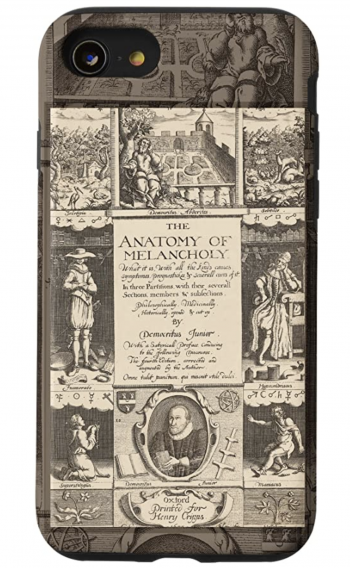