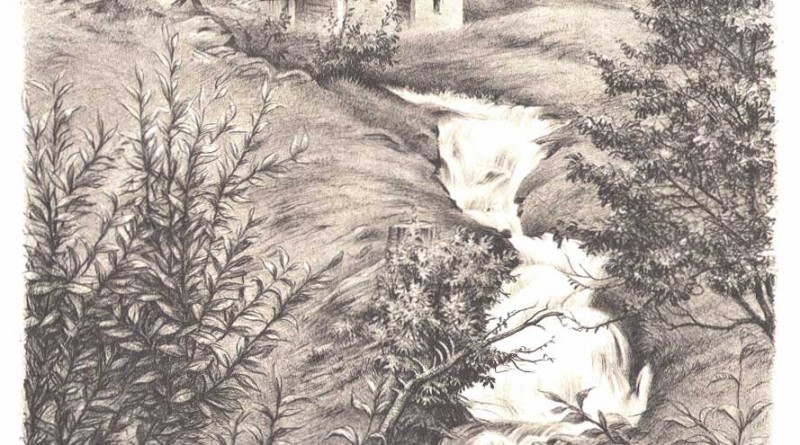 Scene of a Swiss farmhouse in the lower alps, with a rushing stream in the foreground.

The painter and graphic artist Eugen Zeller was born and spent most of his life in the Zurich region.

His work during the early part of the century was influenced by the “Neue Sachlichkeit” in Germany.

He is known for the extremely delicate and painterly line of his lithographs. 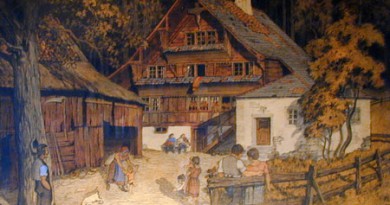 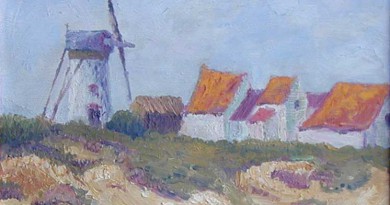 The Old Mill at Bossey: Antique Etching by Edouard Jeanmaire