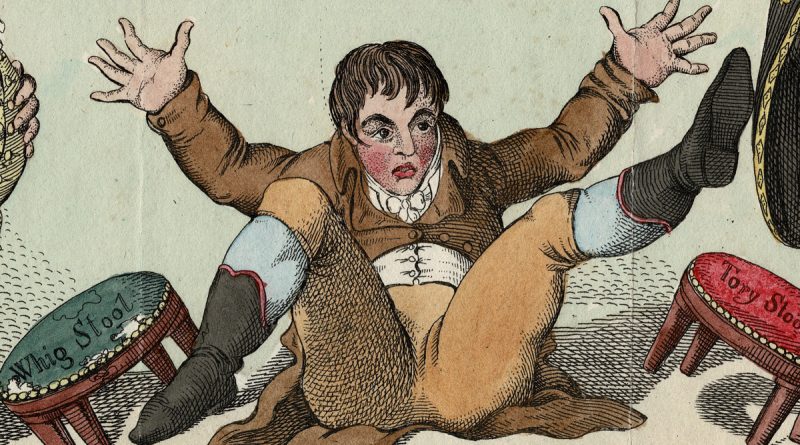 English political caricature from 1802 –  “Between two stools the Bottom goes to the Ground”.  The text at the top reads: There is no trusting I find to that deceitful Ceylon manufacture.”

Opposition member of parliament George Tierney falls between two stools, a tattered ‘Whig Stool’ and an elegant ‘Tory Stool’.  Watching on in amusement on either side are Charles James Fox and Henry Addington.  See a copy of this print in the British Museum. 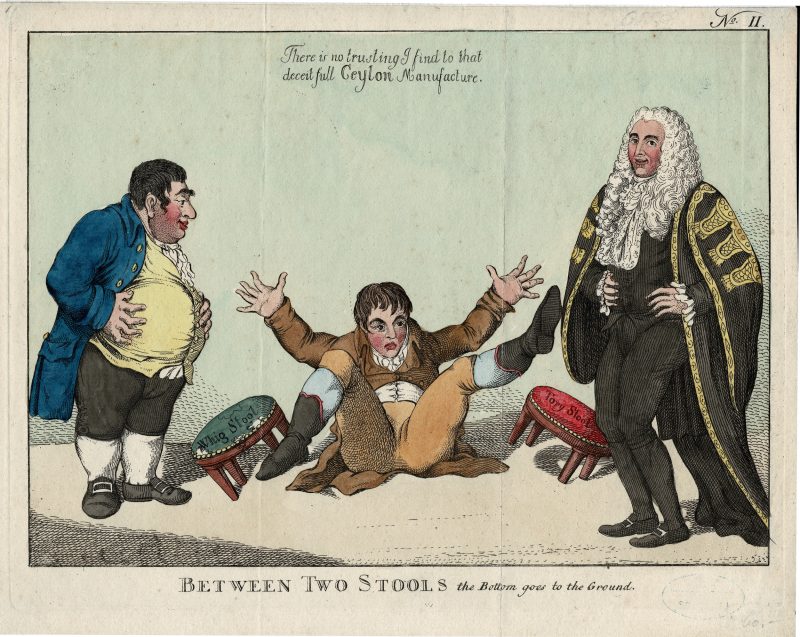