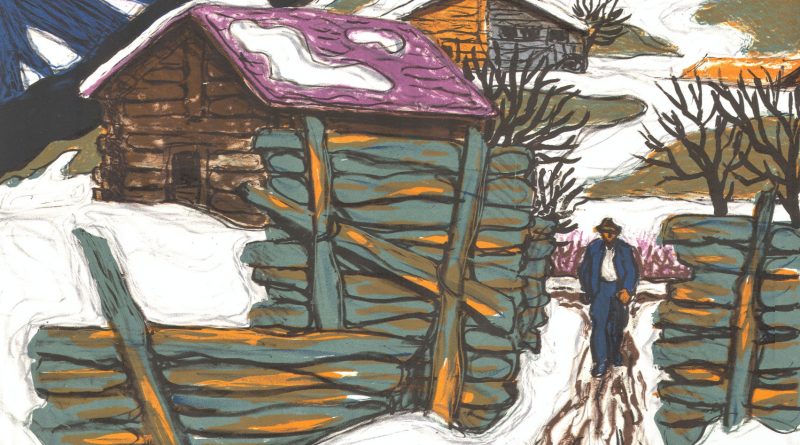 Fred (Friedrich) Stauffer was a prolific painter, graphic artist and designer of stained glass windows who specialized in landscapes, and especially images of his native region around Bern, Switzerland. The son of a farmer and a school teacher, he grew up in the region around Bern, and in 1915 went to Germany to studay at the Munich Academy where his instructors included Franz von Stuck. During this period he also saw for the first time the work of Edvard Munch, who became a lasting influence on him. Considered part of the late expressionist movement in Switzerland, Stauffer is the author of many murals and stained glass windows in schools, public buildings and houses thorughout this country. His works can be found in many Swiss museums including the Kunstmuseum Bern, and the Kunsthaus Zurich.