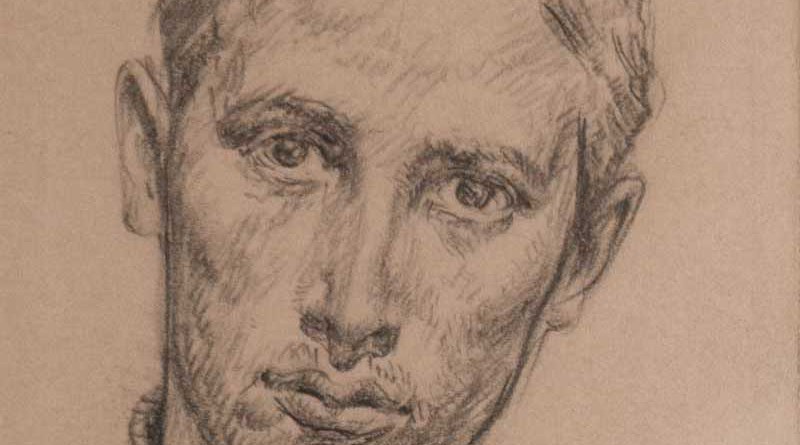 20th Century Art Nouveau / Jugendstil Swiss
(Neuchatel 1874 - Les Cotes du Doubes 1946) Charles L'Eplattenier was an important figure in the Swiss artistic scene at the turn of the century and in the early years of the 20th Century. He is considered one of Switzerland's most important art nouveau artists. L'Eplattenier studied studied drawing in Neuchatel and after the death of his father went to stay with an aunt in Budapest where he studied at the School of Decorative Arts. He then went on to Paris where he studied painting, sculpture and architecture in the Ecole Nationale des Beaux Arts in the studio of Luc-Olivier Merson. At the age of 23, he returned Switzerland to become professor at the lEcole dart of La Chaux-de-Fonds. He turned this institution into an important art center. As gifted a teacher as he was an artist, L'Eplattenier was also known for helping his students find their true artistic path and for introducing his students to the arts and crafts movement and to such influences as William Morris and John Ruskin. At the Ecole d'Art, L'Eplattenier became a mentor to the young Charles Edoard Jeanneret (Who later adopted the pseudonym Le Corbusier), who had enrolled at the school at the age of 15. It was L'Eplattenier who encouraged Le Corbusier to pursue a career as an architect. L'Eplattenier's style of art nouveau has been dubbed the "style sapin" for the recurrent motifs of pines and other decorative natural elements. He frequently sought inspiration in the open air, in the Swiss countryside. In 1946, at the end of a day's hike, he tragically fell to his death from one of the rocky promonitories along the river Doubs, near Brenets.
Share
Tweet
Pin
Share