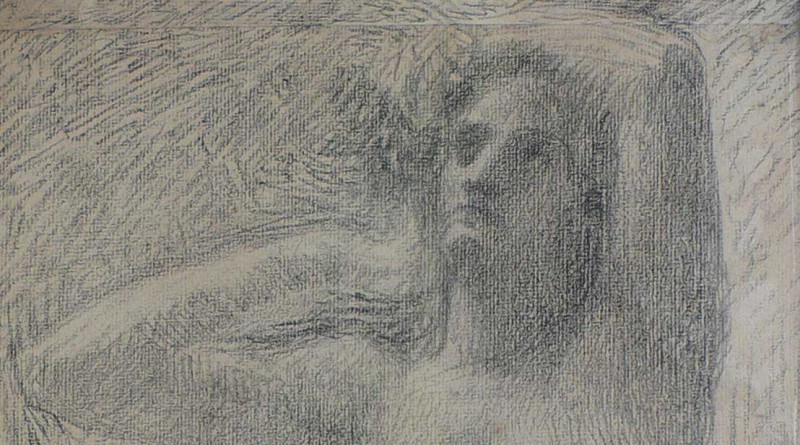 Condition: This drawing was apparently cut and has been repaired. The faint line can be seen just above the figure’s head, and cutting across her fforearm. 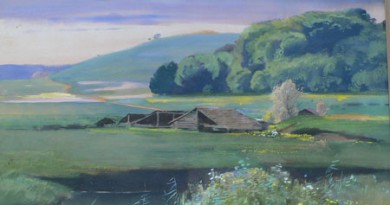 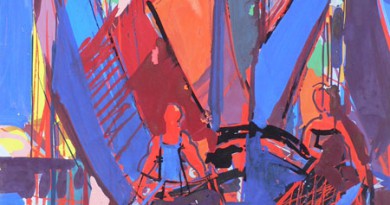 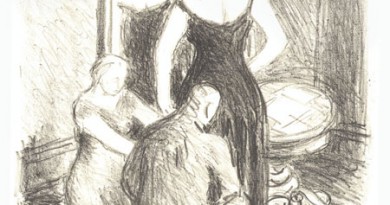