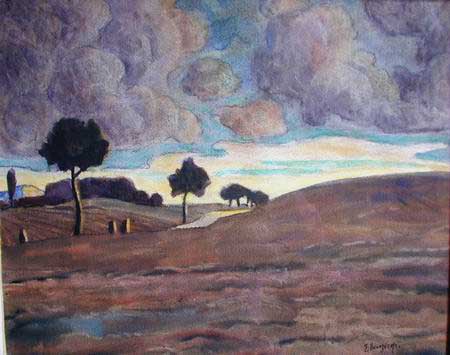 Landscape with winding path and swirling clouds.  This beautiful original watercolor has a very Art Deco feeling to it.