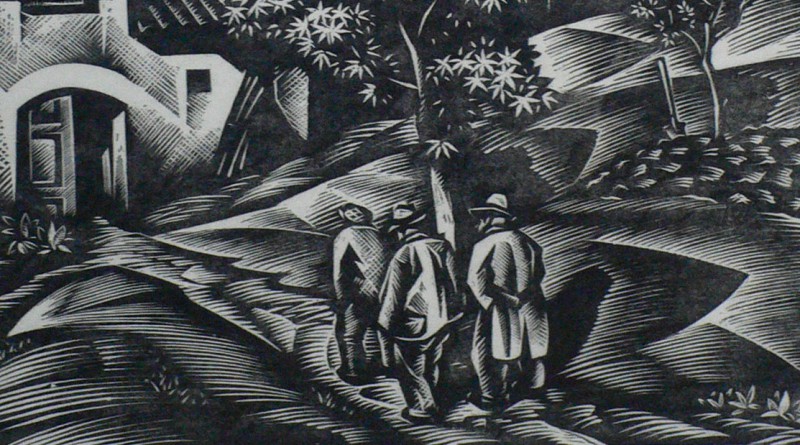 Original woodblock engraving by Swiss Italian artist Aldo Patocchi entitled “Il Ritorno” – The Return.  Three men walk together towards an open dour at the edge of a village.