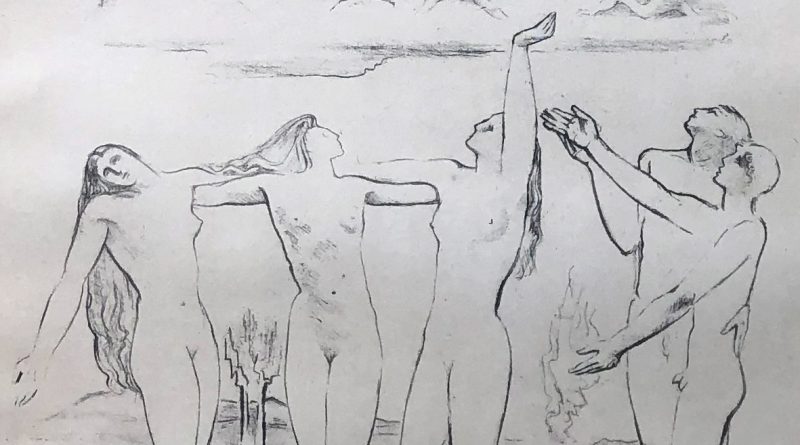 Allegorial / mythology inspired image by Swiss Artist Alfred Heinrich Pellegrini (10 January 1881 – 5 August 1958)..  An archer and a harpist look down from the heavens on male and female nudes in a landscape.
Born in Basel, the son of a Swiss-Italian stone sculptor, Pellegrini studied at the Munich Academy of Art, and in the early 20th Century was a member of the Munich Secession, and later the New Munich Secession movements.  His work shows clear signs of influence by Ferdinand Hodler, Paul Gauguin and Edvard Munch.  Active as a painter, printmaker,  illustrator and poster designer he was sought after for large scale works and eventually become one of Switzerland’s most prolific muralists.  His works can be seen on the walls of the Stadtcasino Basel and St. Jakob Kirche, Basel. 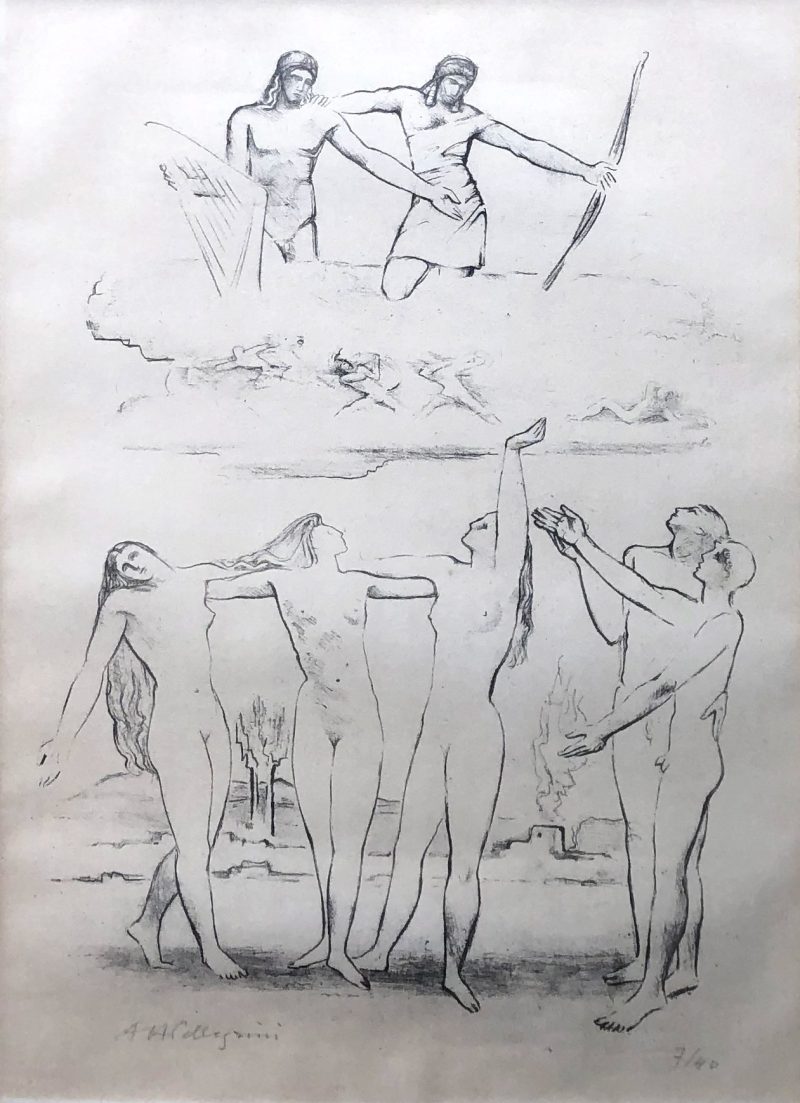 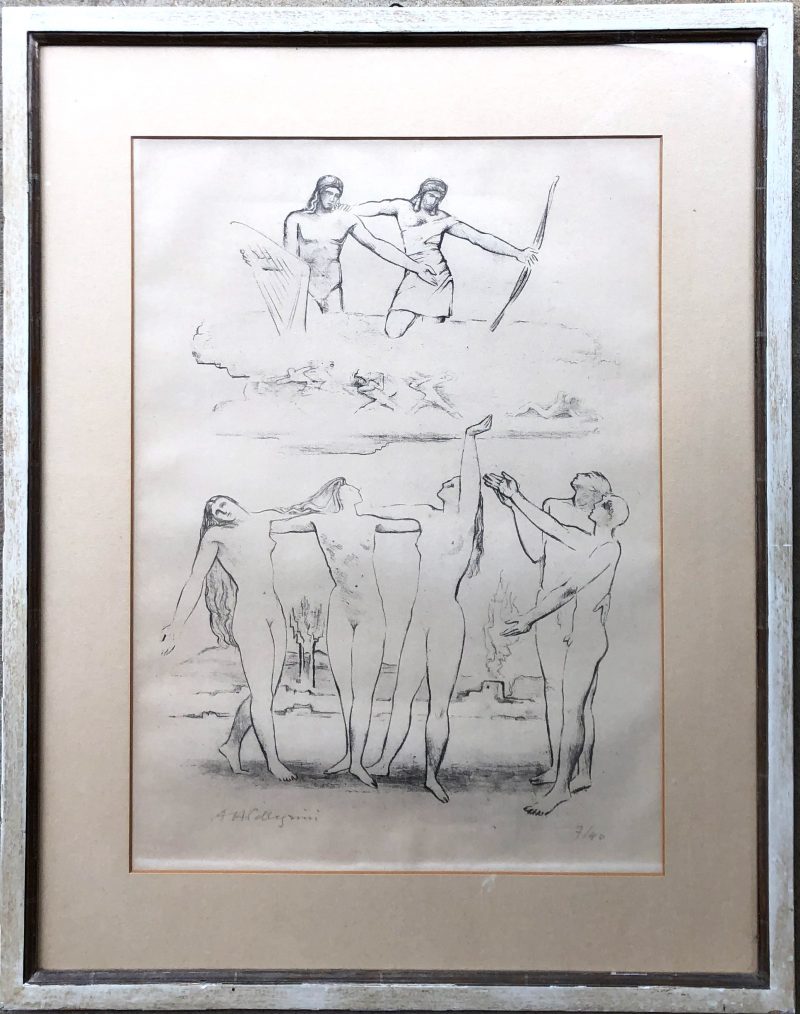