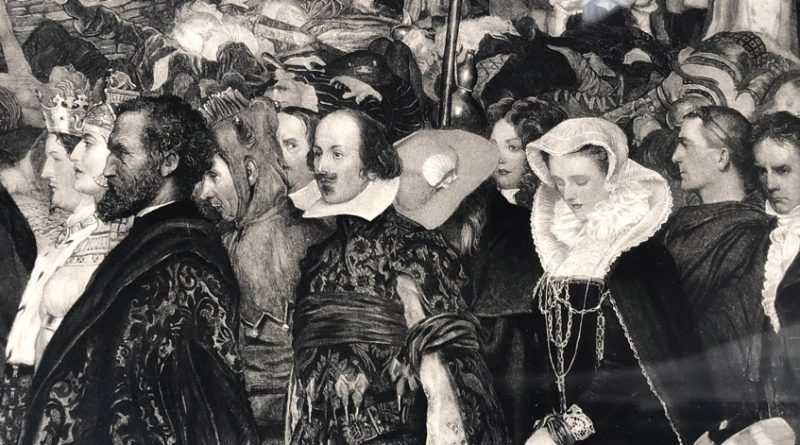 Framed original signed Pre-Raphaelite engraving by the original artist after his painting.

Rex Vicat Cole in his biography “The Art & Life of Byam Shaw” described the painting’s allegorical subject: “The World, represented by a walled city, has capitulated to Love the Conqueror astride his horse. His soldiers-Youth and Beauty – who won his battles; those who had been wounded, those who had been captured, and those who had died in the fight with him. Little Cupid more powerful than the great ones in history. Rich and poor, the learned and the ignorant, the successful and the unfortunate, all coming under his sway.”

Based on a Monumental Oil on Canvas

“Love the Conqueror” is a monumental oil on canvas painting (74 x 126 inches). Completed in 1899 it was originally bought by Shaw’s dealers Dowdeswell and Dowdeswell and is today in a private collection.

Shaw was born in India where his father was a legal official. The family returned to England in 1878 or 1879.  From the beginning, and throughout his career, he was strongly influenced by Pre-Raphaelite painting, poetry and design. 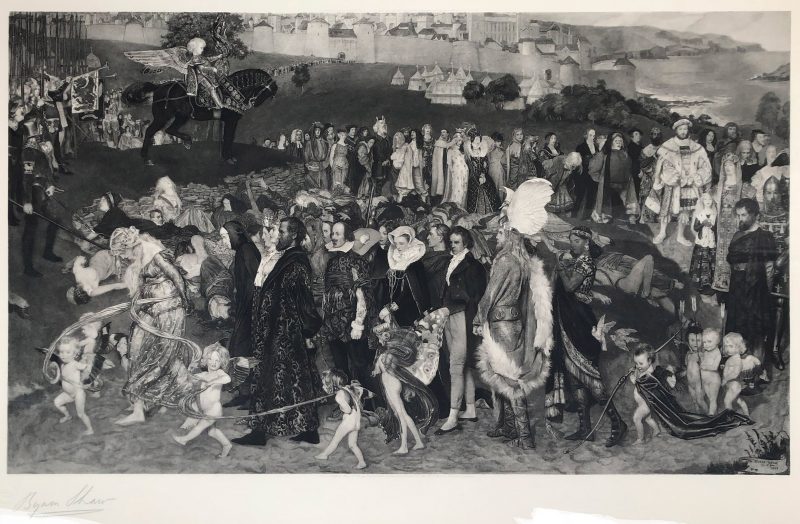 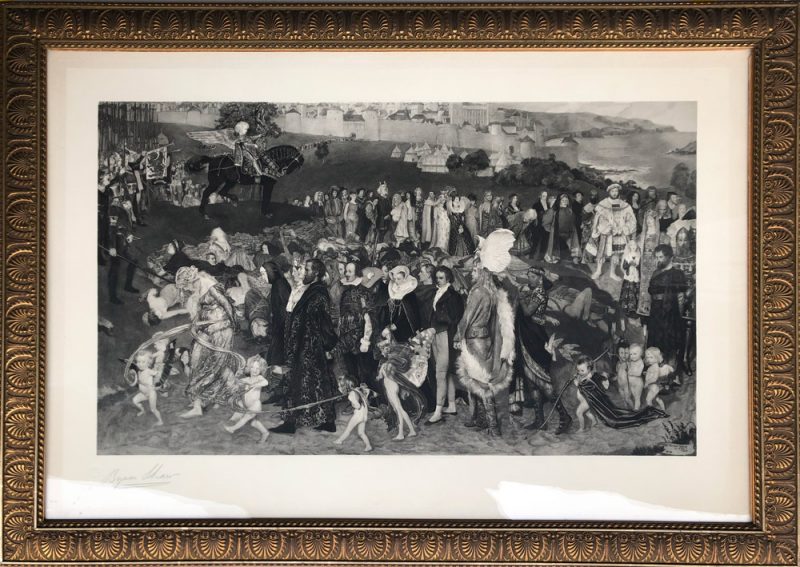 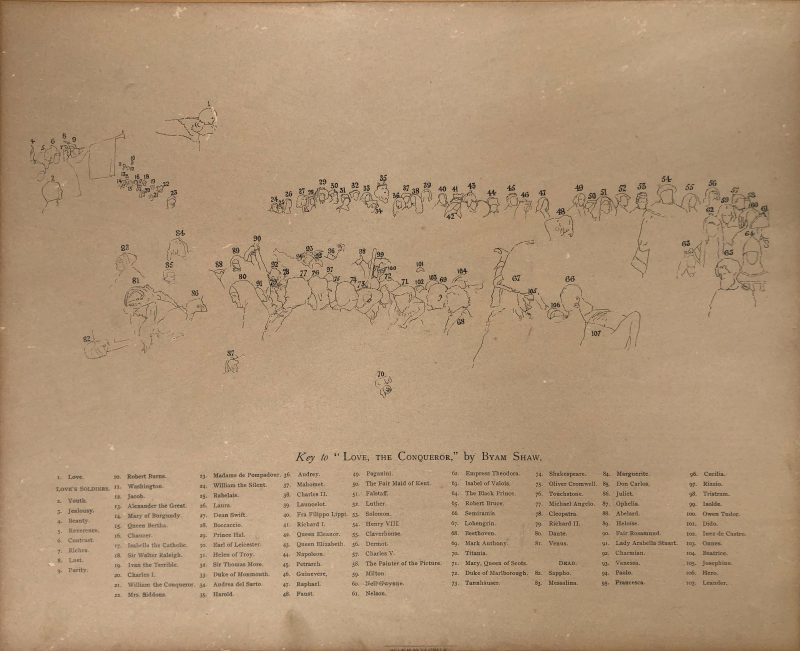 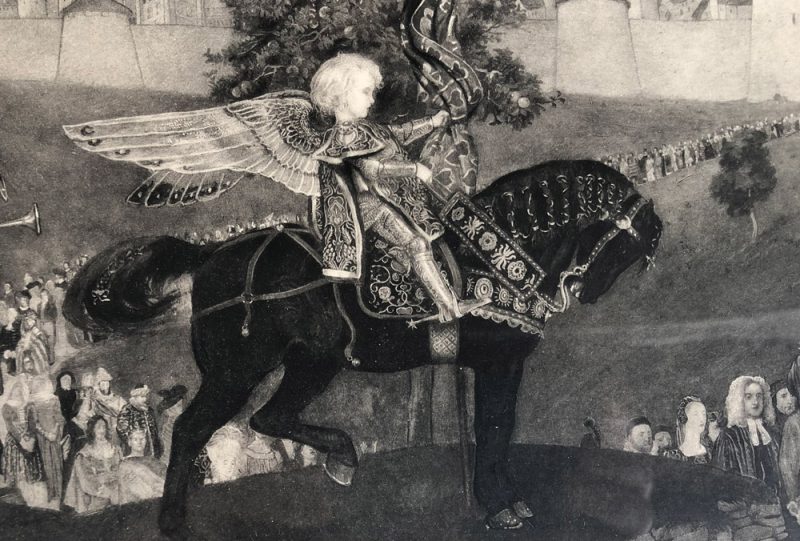 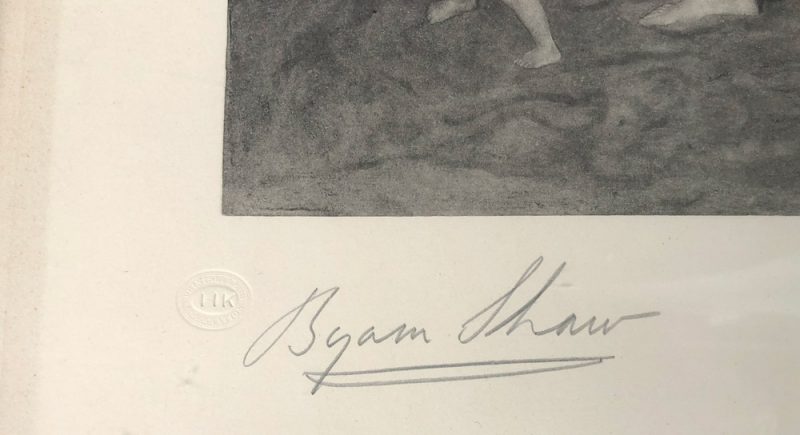 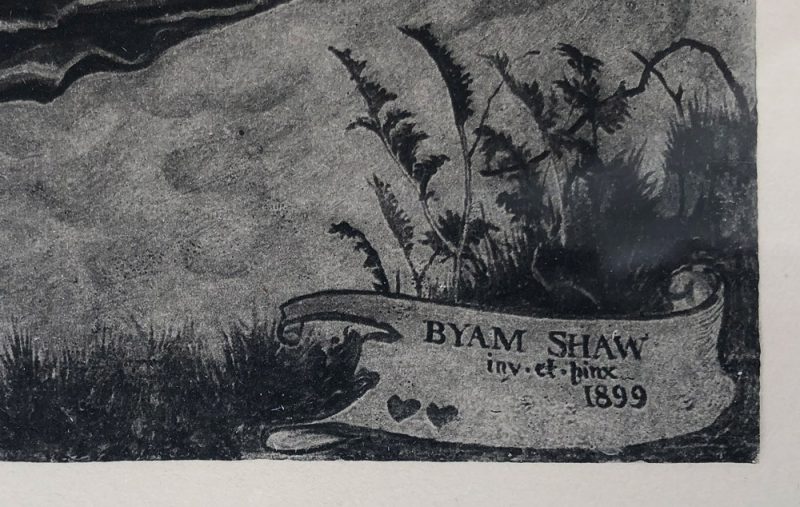