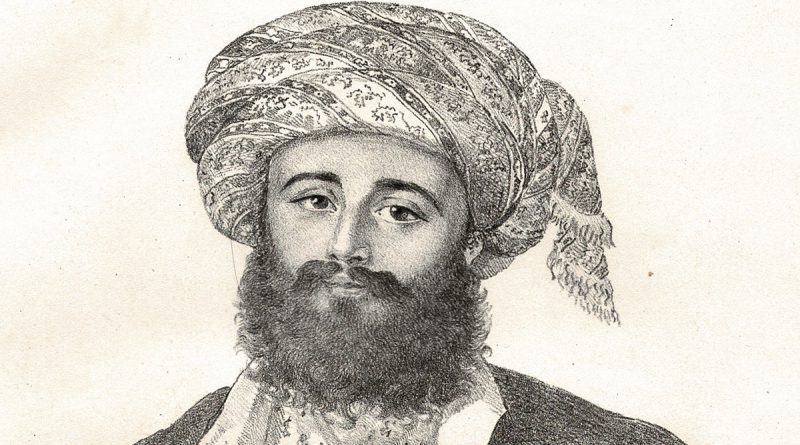 Alexander Mavrocordatos (1791-1863) was was an associate of Lord Byron, Percy Bysshe Shelley and Marry Shelley. A Phanariote – his “ Princely” title was a Turkish one. He studied
at Padua, and in Pisa and during that time he gave Mary Shelley Greek lessons in exchange for instruction in English.  From 1822 until his death in 1863 he was a major Greek political figure serving as minister and prime-minister.