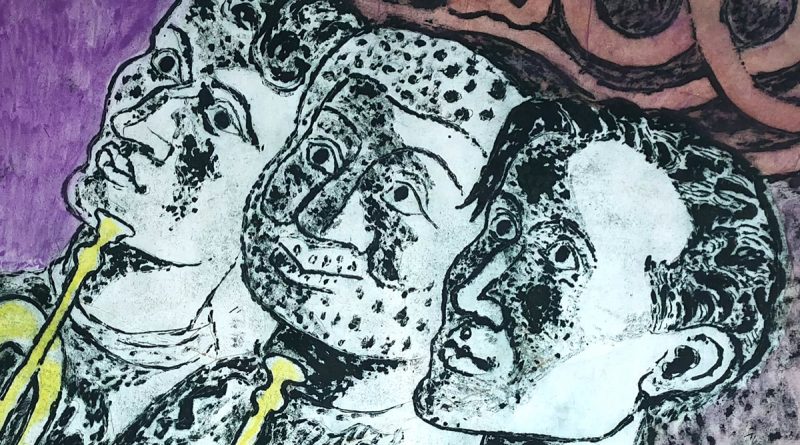 In this limited edition etching dated 1960, Fritz Pauli celebrates the tradition of the Town Hall brass band (Rathausblaeser – or Town Hall Blowers).  Three hornplayers with a trumpet, trombone and perhaps a tuba stand ready for the cue to play. 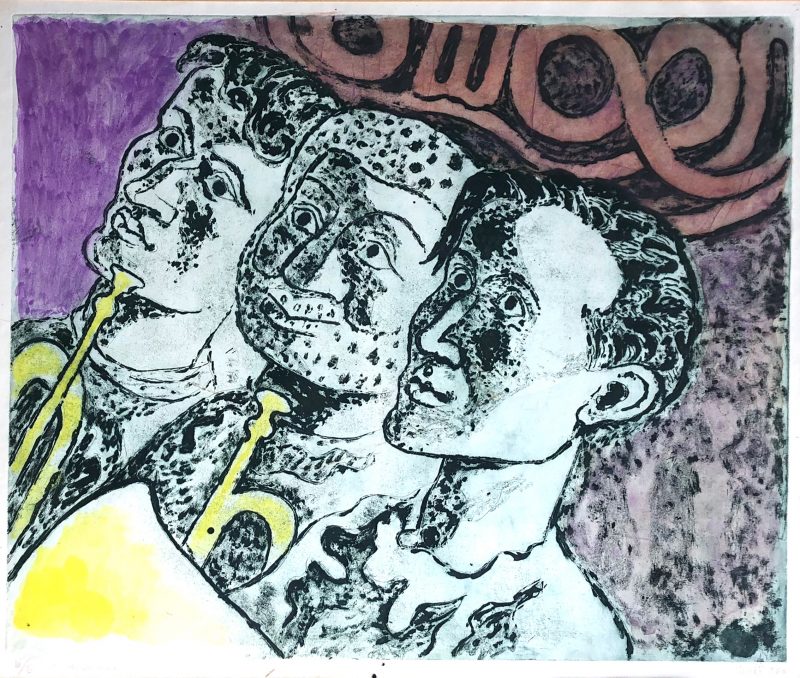 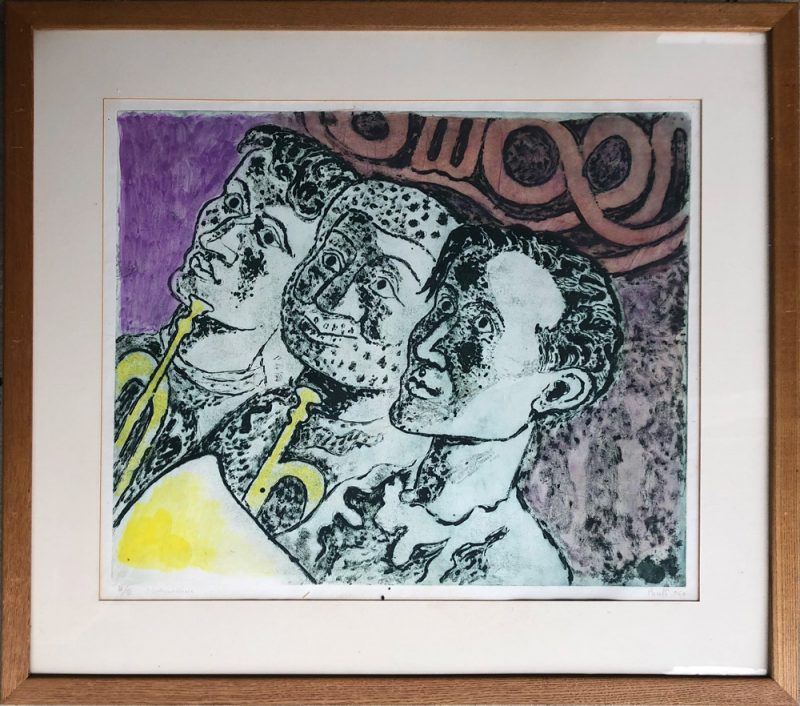