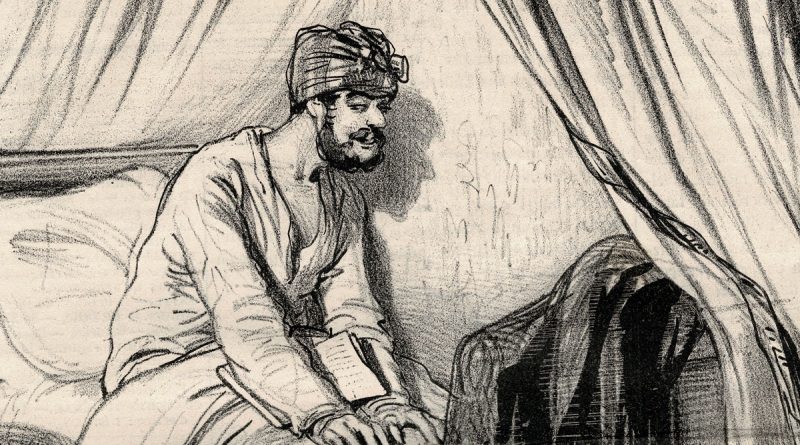 Printed on newsprint with text on reverse as published in Le Charivari circa 1840.

Lithograph intialed in reverse in the stone. 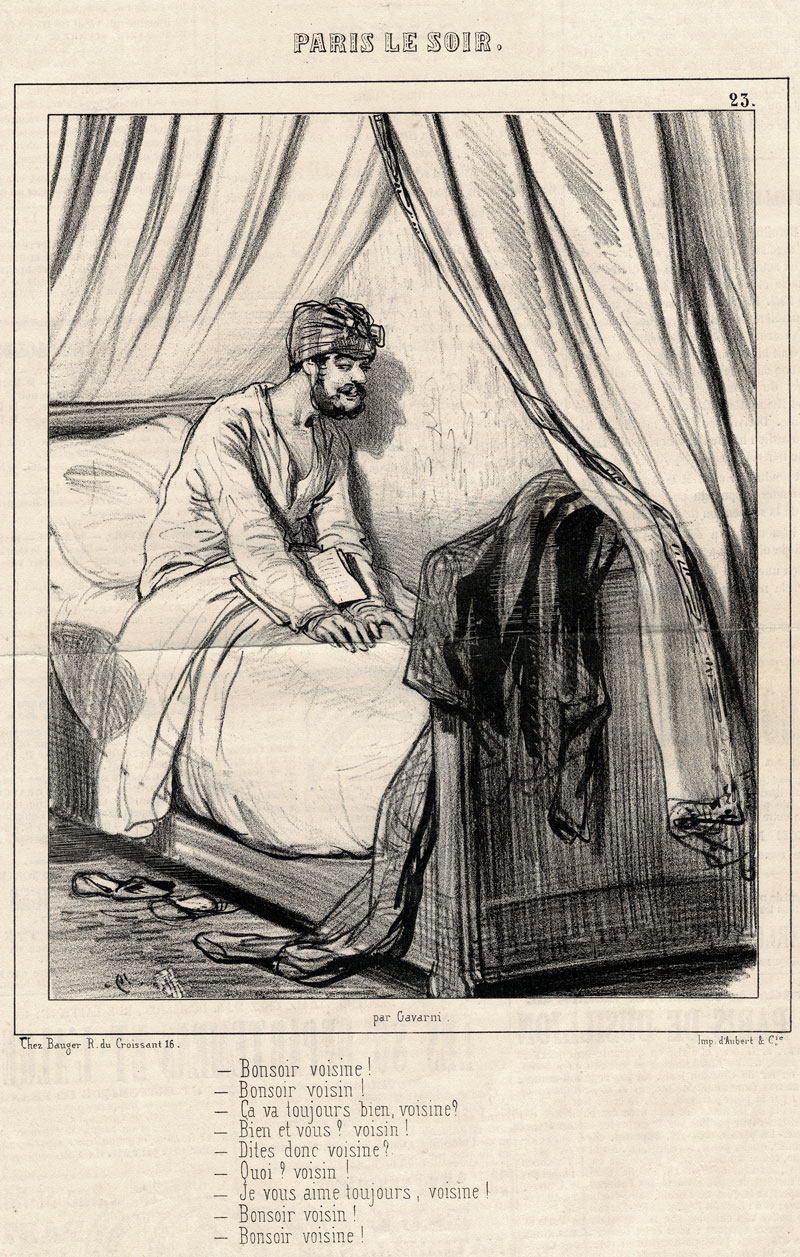 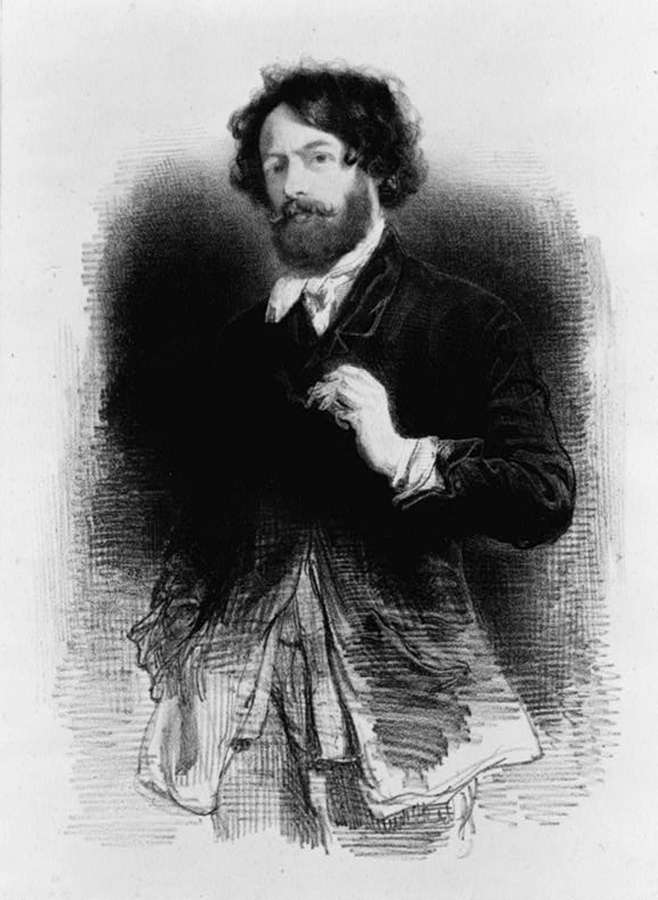 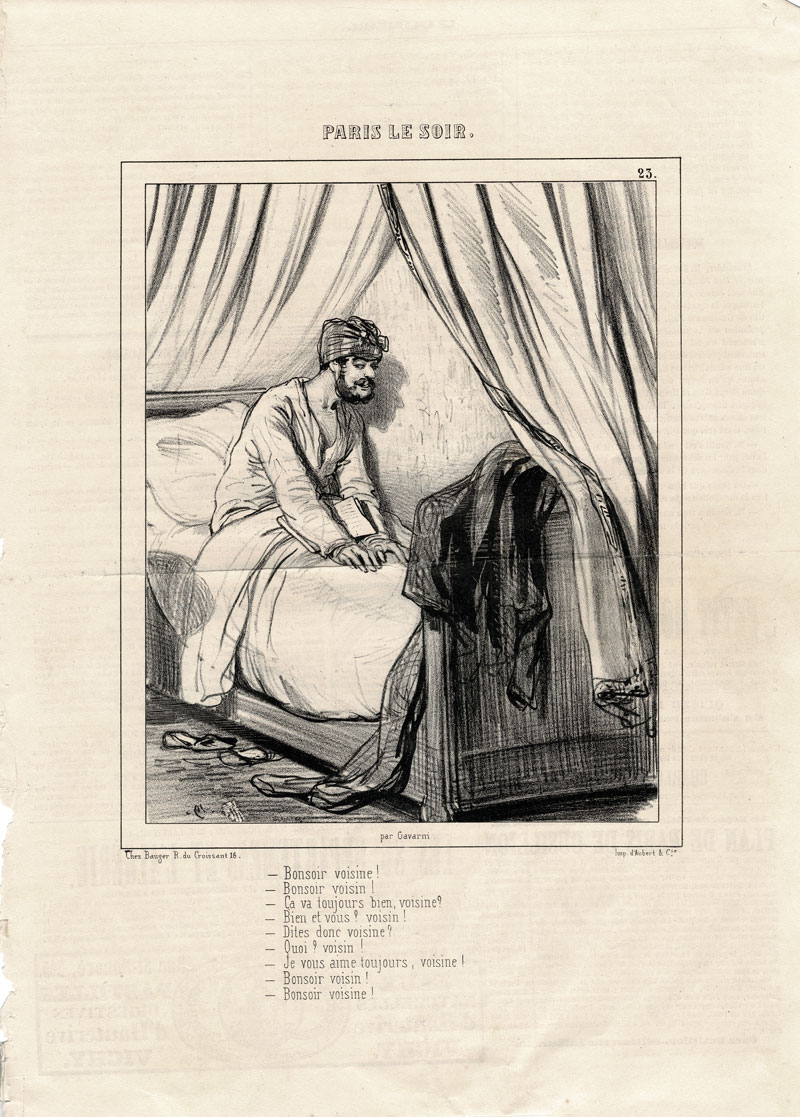 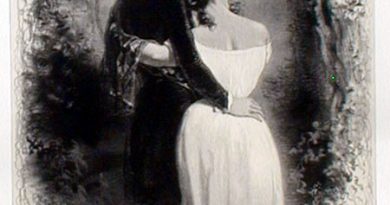 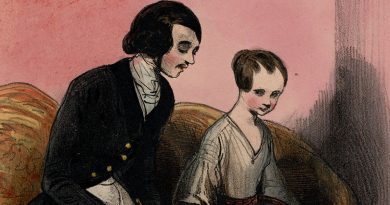 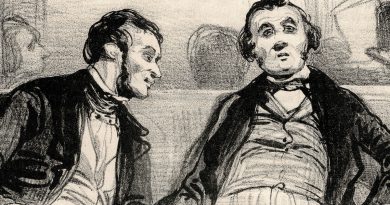