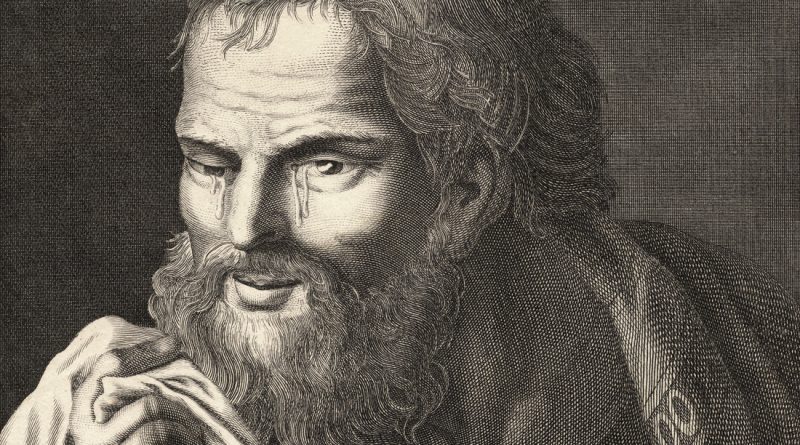 Heraclitus of Ephesus was a pre–Socratic Greek philosopher from Ephesus.  He was said to have been melancholic and is known as the he was referred to as the “weeping philosopher”, as opposed to Democritus, the “laughing philosopher.”  A central concept of his though was that constant change was the fundamental essence of the universe, epitomized by his most famous saying – “No man ever steps in the same river twice, for it’s not the same river and he’s not the same man.”  Roughly translated the text below the engraving says:  When you take it upon yourself to cry over human misery, my poor man, you are suffering for the ungrateful, you put yourself in a tender state over the folly of those who full of pride and weakness, are not even aware of their own misery. 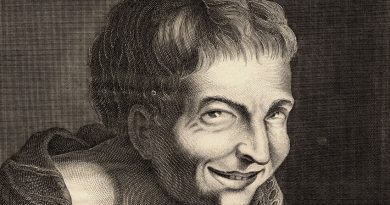 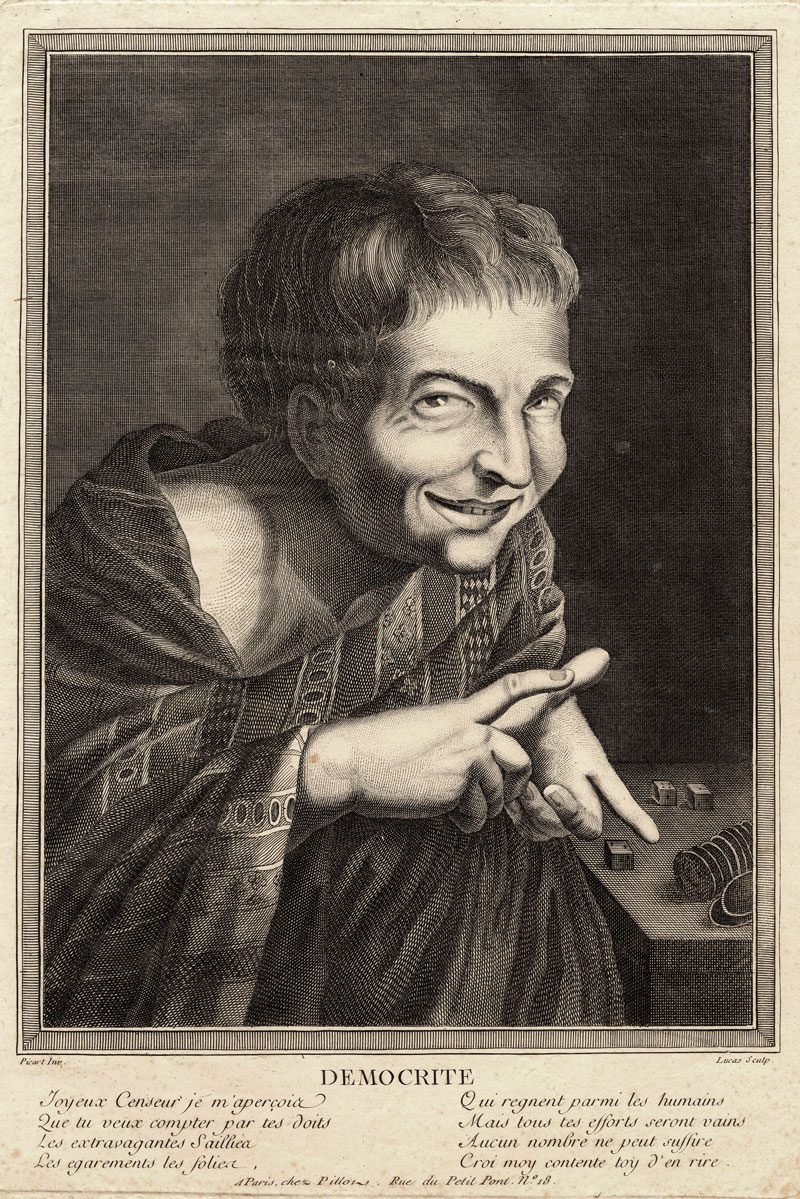