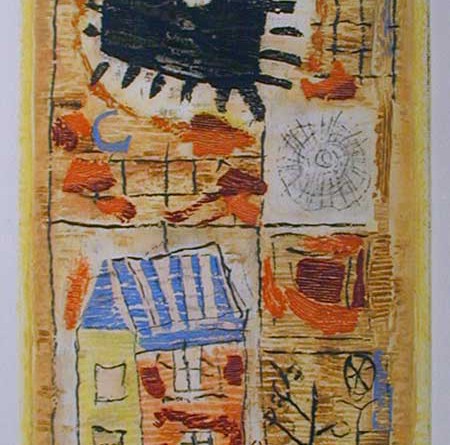 Roger Bissiere, one of the best-known French artists of the 1950s and 60s, was born at Villereal, Lot-et-Garonne on September 22, 1886, the son of a notary. He started his career as a journalist, writing art reviews for the Parisian weekly “L’Opinion.” He began exhibiting paintings in a cubist style around 1918, and in 1920 wrote the preface to a book on Georges Braque, the first monograph on that artist.

Bissiere was closely associated with the cubist momvement, but achieved major international recognition only in the final years of his life. He is now recognized as a major figure in the history of modern French painting.

Bissiere’s son, Marc-Antoine, also became a well-known painter and graphic artist, who worked under the pseudonym Louttre B. (See Works by Louttre B)

Condition: Paper shows very light – but even- signs of aging.

This sheet is framed under glass and has been photographed through the glass, which makes it look slightly less sharp and that the other images in our Bissiere series, which are unframed and were scanned. The photography through glass also gives the paper a bluish appearance, which it does not actually have.

There is an embossed mark on the paper “L’Oeuvre Grave” – lower left – see last photo below.

Title on back: “Le Soleil” 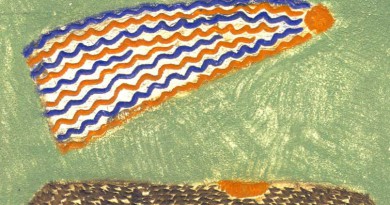 Louttre B – Year of the Comet – Original Engraving 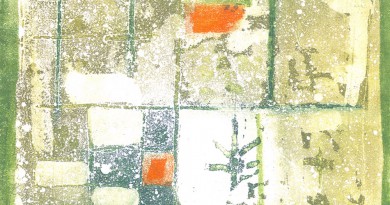 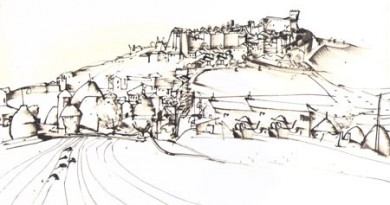