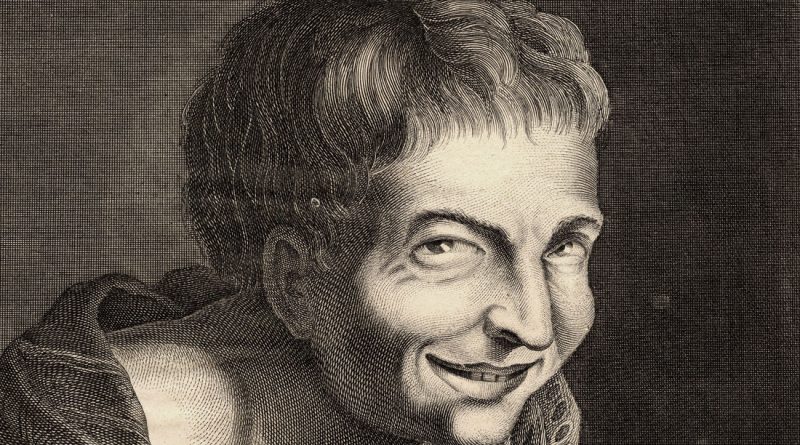 Democritus ( c. 460 – c. 370 BC)  was an Ancient Greek pre-Socratic philosopher known for his formulation of an atomic theory of the universe. He was said to have had a very humorous, mocking side to his character and is often depicted – as in this antique French engraving – as The Laughing Philosopher.

Rough translation of the text on the print:  “Democritus, it looks to me like you are trying to count all the follies and lost ways of mankind on your fingers, but all your efforts will be in vain, because no number can be possibly large enough, believe me, so you should be satisfied with simply laughing.” 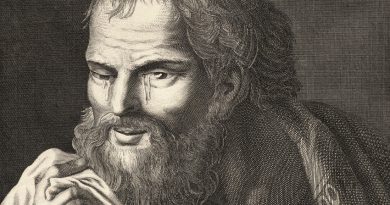