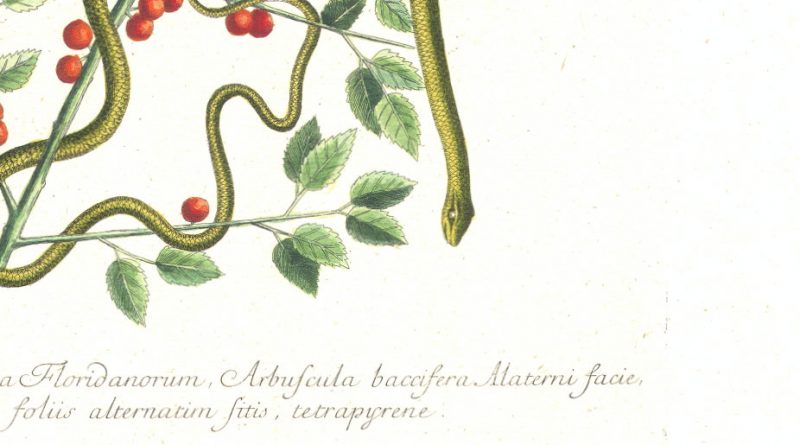 Anguis Viridis: The Green Snake – From Mark Catesby – The Natural History of Carolina, Florida and the Bahama Islands

“This inoffensive little Snake abides among the Branches of Trees and Shrubs, catching Flies and other Insects, on which they feed: They are generally about the Size of the Figure; they are easily reclaimed from their Wildness, becoming tame and familiar, and are very harmless, so that some People will carry them in their Bosoms.”

“This Shrub usually rises from the Ground with several Stems, to the Height of twelve Feet, shooting into many upright slender stiff Branches…” Mark Catesby was born in Essex, England on April 3, 1683. He studied Natural History in London, but in 1712 he took up the opportunity to visit the American colonies after his sister married Dr. William Cocke of Williamsburg, Virginia. Catesby spent the next seven years in Virginia, observing and sketching the local flora and fauna. It took some 20 years for the artist and naturalist to put together the two-hundred and twenty images which would comprise the final version of The Natural History of Florida, Carolina and the Bahama Islands (1747).  All of the images in the book were both drawn and engraved by Catesby’s own hand. 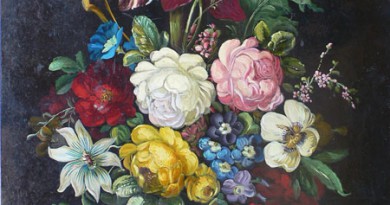 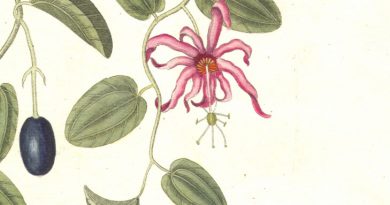 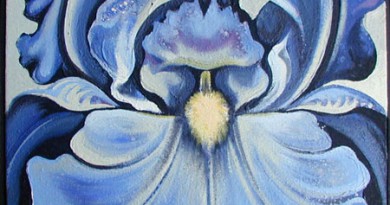