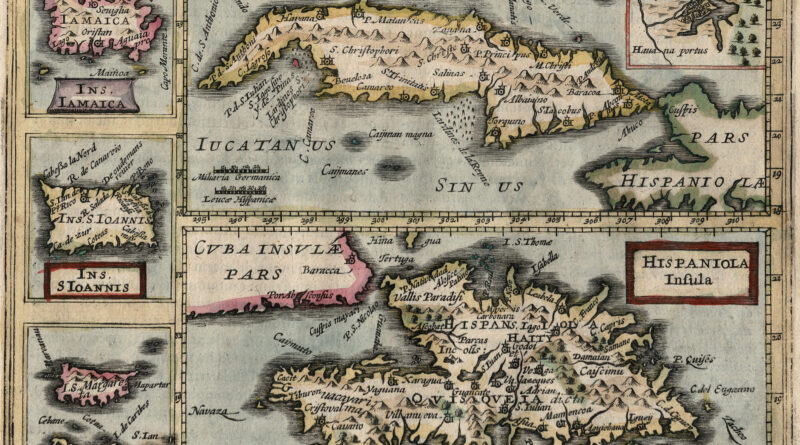 Antique map of the Caribbean Islands.

Copperplate engraving from a miniature edition of the Mercator Atlas.

The islands of Cuba and Hispaniola (Haiti, Dominica) are shown along with four insets showing the port of Havana, Jamaica, St. John and Margarita.

Copperplate engraving from Atlas Minor published by Jan Jansson in Amsterdam during the first part of the 17th Century.

Jansson’s Atlas Minor was a reduced version of the Mercator. The Copperplate engravings for Altas Minor were done by Pieter van den Keere (Petrus Kaerius – 1571-1646) or Abraham Goos.

Latin edition published in Amsterdam in 1628.  Text in Latin on back of sheet.

This unusual map includes a notable error. The title above the image is”Zeilaninsula” or “Island of Ceylon” and the text on the back refers to Ceylon and not to the Caribbean islands.

For comparative reference see this map in the Boston Public Library Collection. 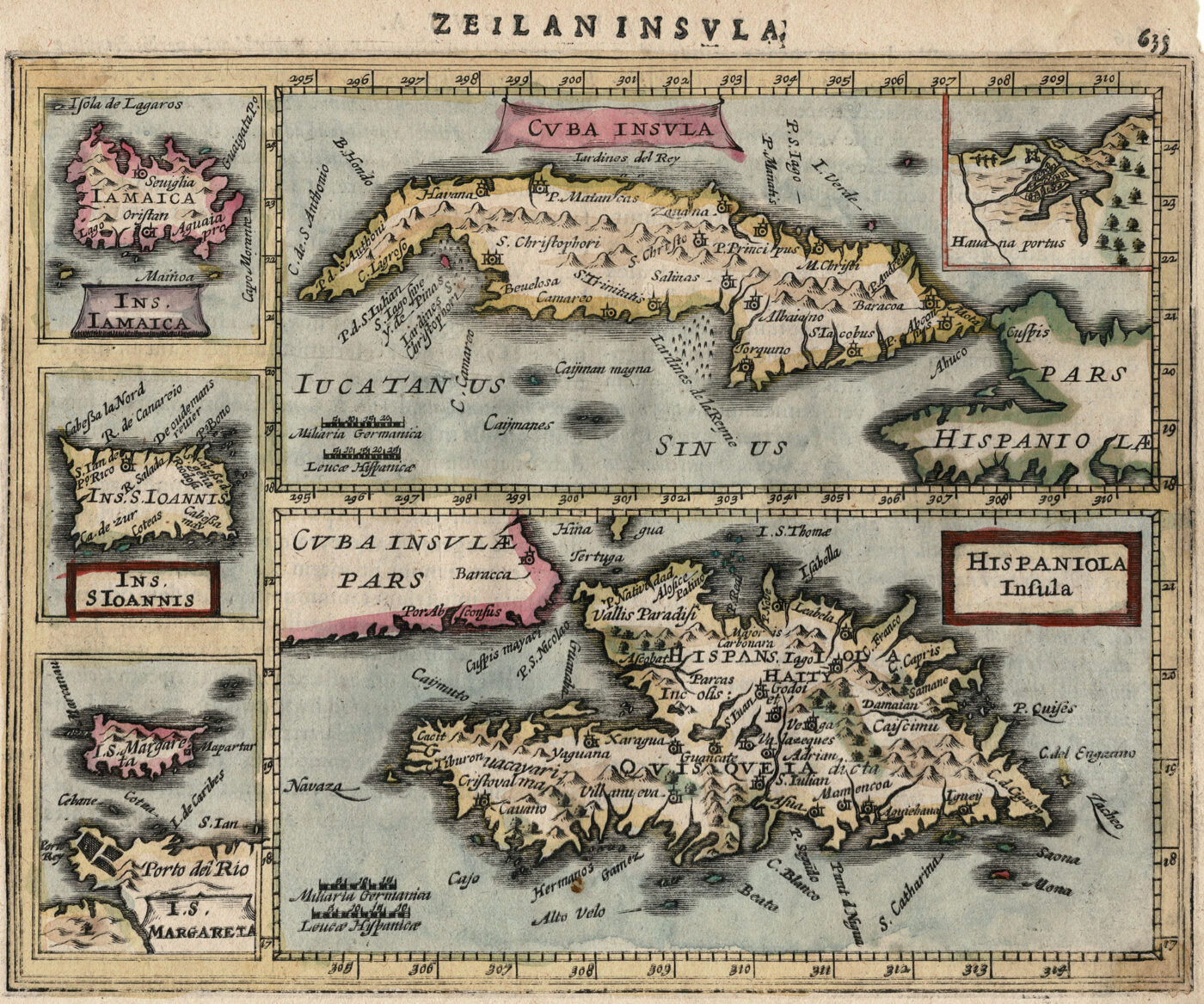 He was named for his father, Jan Janszoon the Elder a publisher and bookseller in Arnhem, and married Elisabeth de Hondt, the daughter of the famous mapmaker Jodocus Hondius with whom his family had business ties.  Jansson began producing maps in 1616 – an eventually owned bookstores across Europe in Frankfurt am Main, later also in Danzig, Stockholm, Copenhagen, Berlin, Königsberg, Geneva and Lyon. In the 1630s he formed a partnership with his brother in law Henricus Hondius, and together they published atlases as Mercator/Hondius/Janssonius. 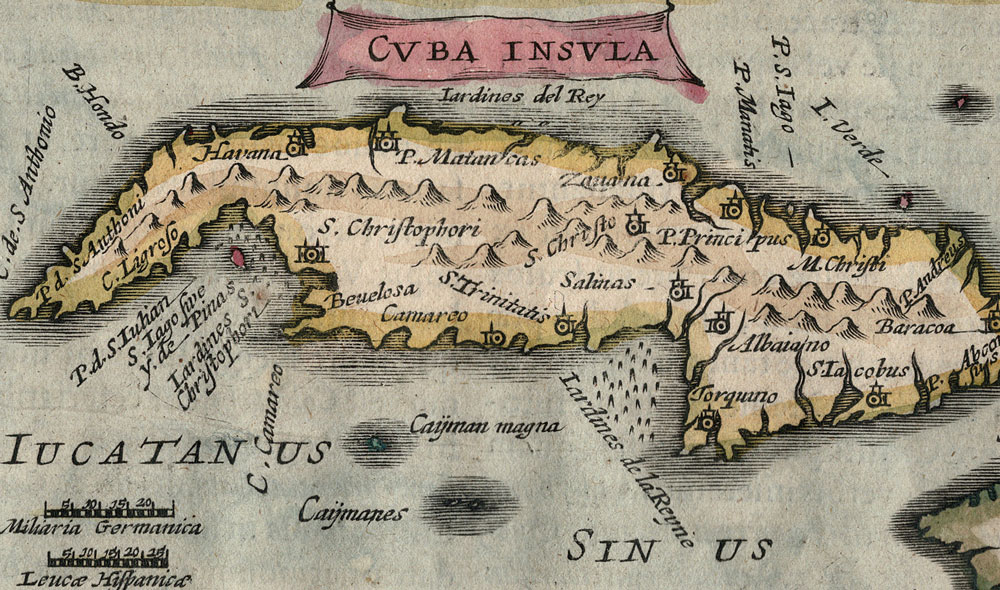 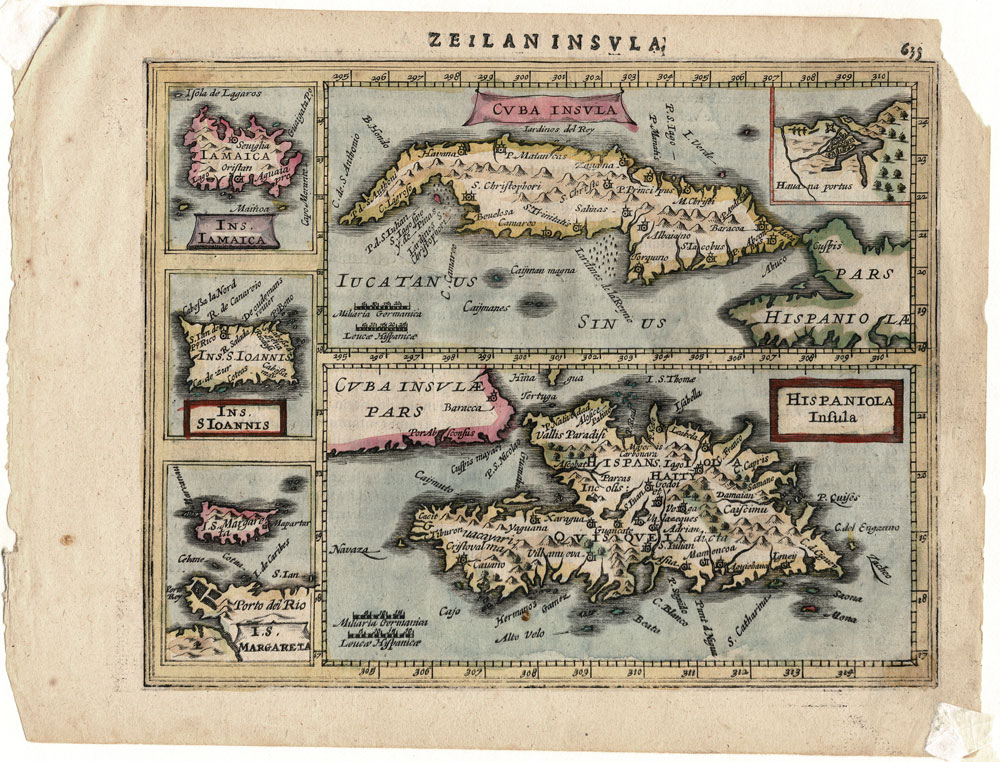 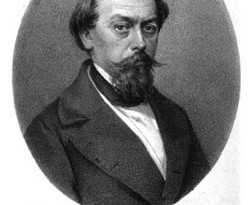