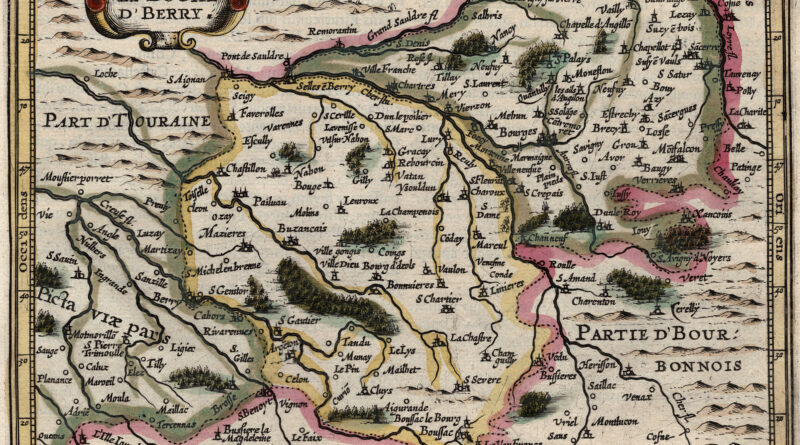 From the Latin edition of the Atlas Minor published in Amsterdam in 1628.  Text in Latin on back of sheet. 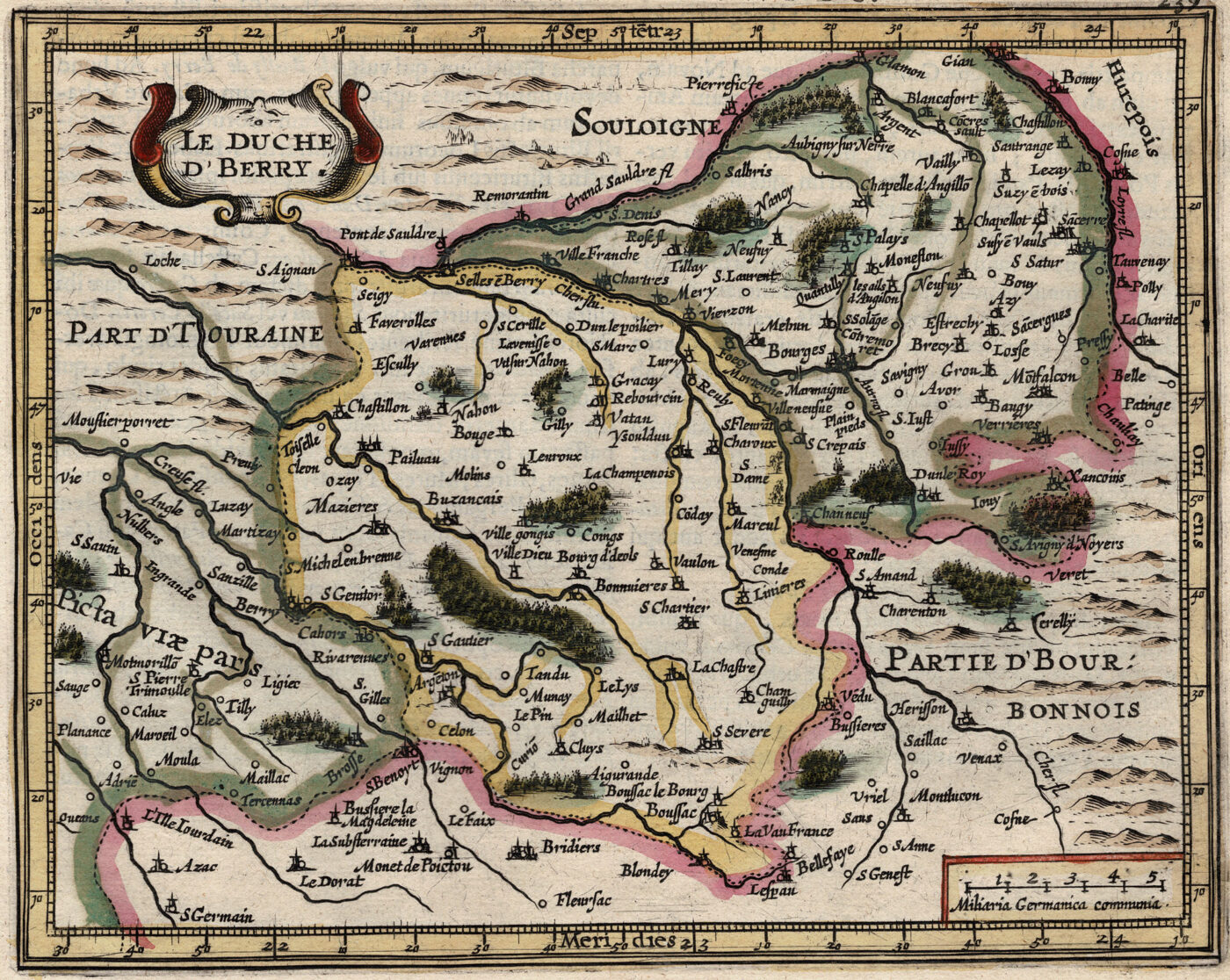 He was named for his father, Jan Janszoon the Elder a publisher and bookseller in Arnhem, and married Elisabeth de Hondt, the daughter of the famous mapmaker Jodocus Hondius with whom his family had business ties.  Jansson began producing maps in 1616 – and eventually owned bookstores across Europe in Frankfurt am Main, later also in Danzig, Stockholm, Copenhagen, Berlin, Königsberg, Geneva and Lyon. In the 1630s he formed a partnership with his brother in law Henricus Hondius, and together they published atlases as Mercator/Hondius/Janssonius. 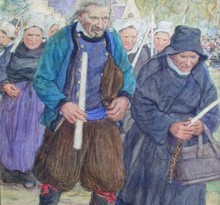 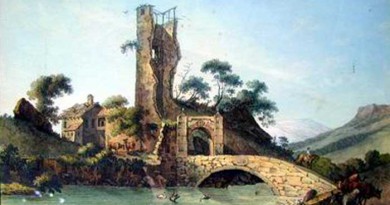 St. Arnulf of Metz as a Hermit – Raphael Sadeler after Marten de Vos

Otto Kirchner – A German Gentleman in His Library