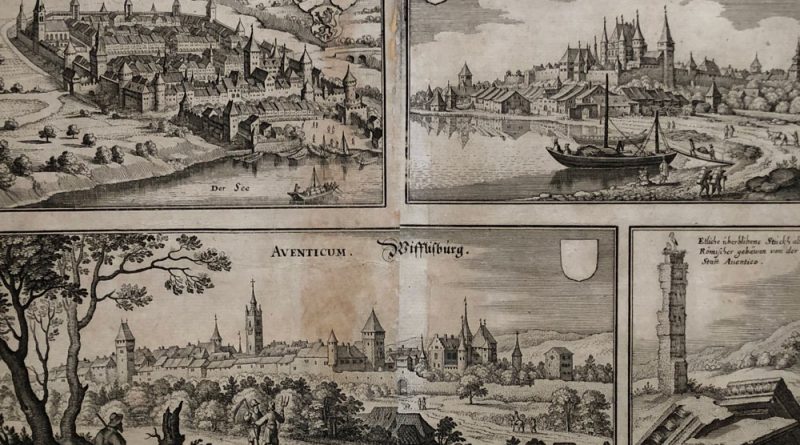 Nyon, Murten and Avenches in the 17th Century

Murten, Neuis – Nion, Aventicum – Wifflisburg – Views of the towns of Murten, Nyon, and Avenches in the 17th Century with a detail of  surviving pieces of ancient Roman ruins from Avenches.

Condition: Some damage along the center fold and discoloration at the center as shown. 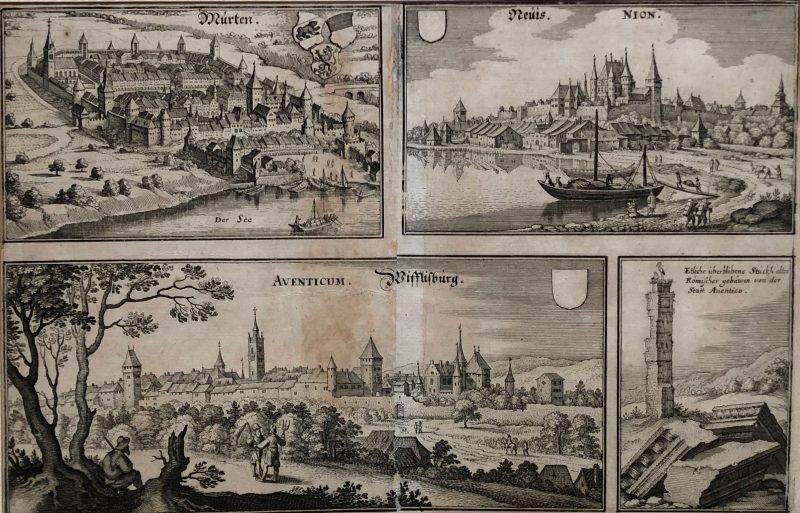 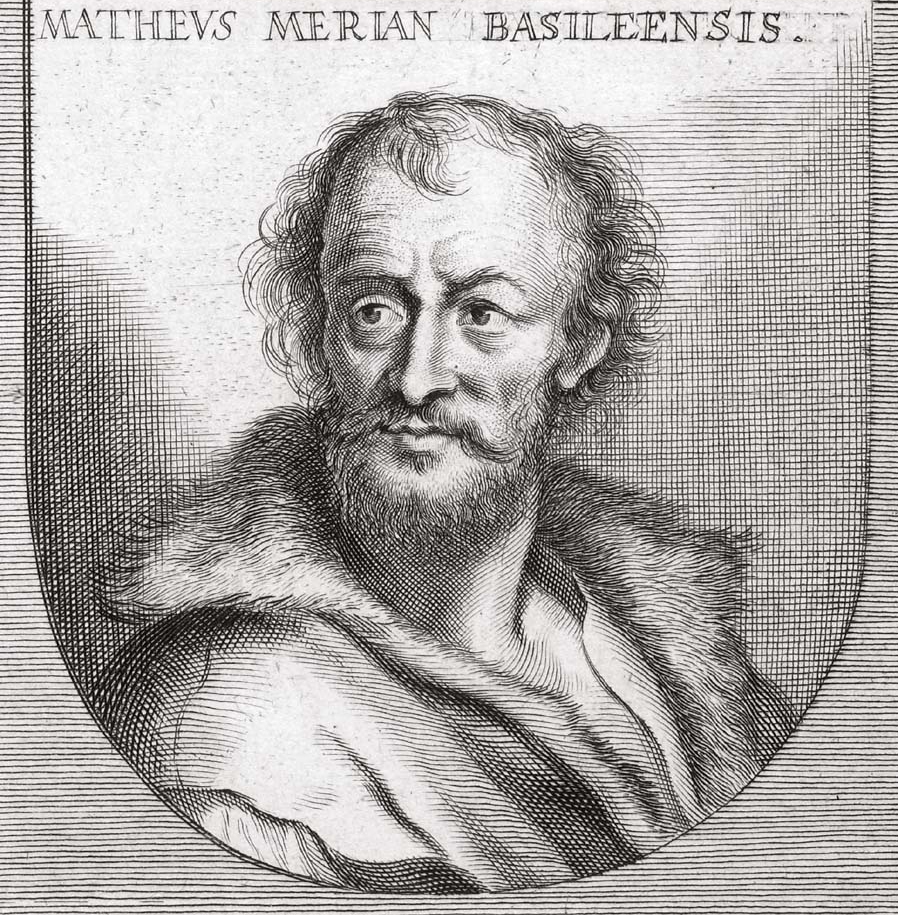 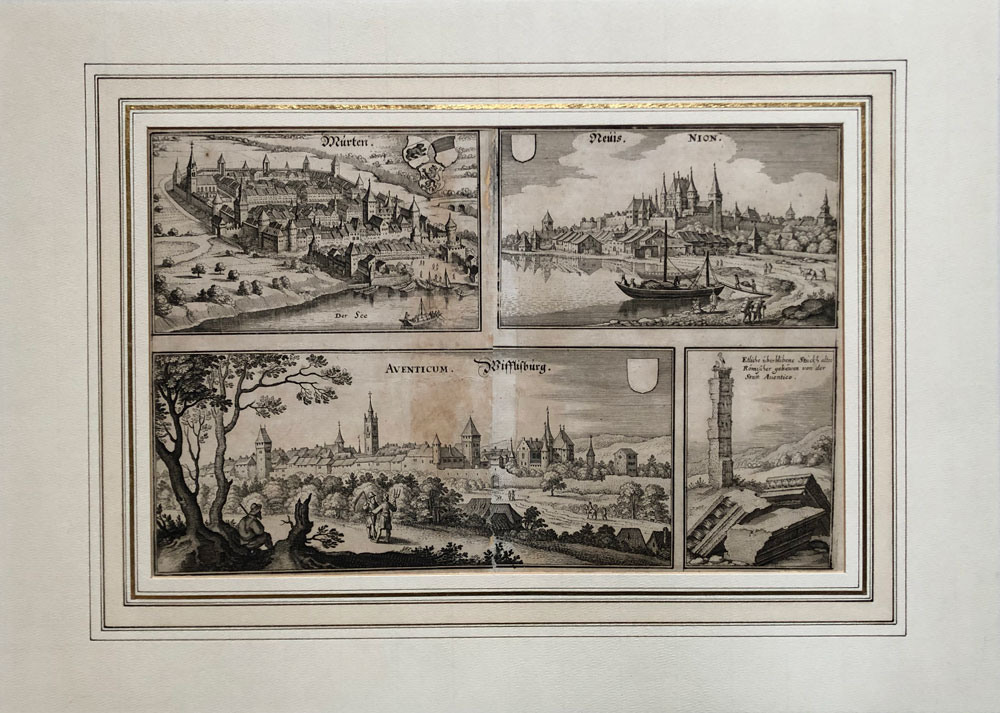