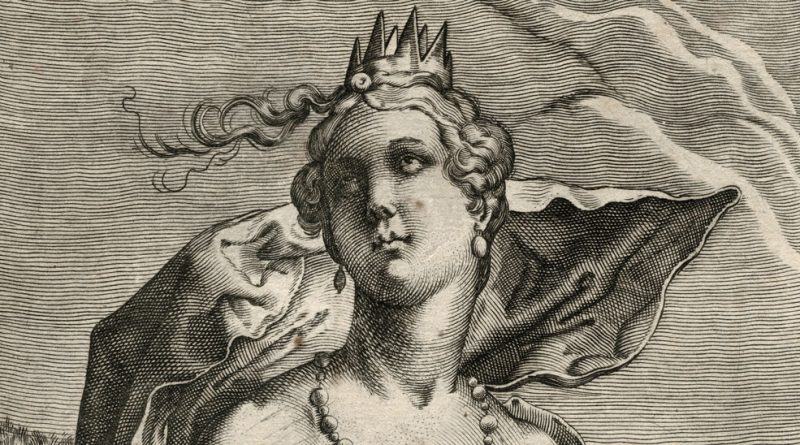 The ancient Roman goddess Juno (Latin: IVNO) was a daughter of Saturn and the wife of Jupiter.  She is the equivalent of the Greek goddess Hera, protector of love and marriage, and was considered the queen of the Gods.

Condition:There are several spots in the center of the print (on the goddess’ cheek, chest and neck) 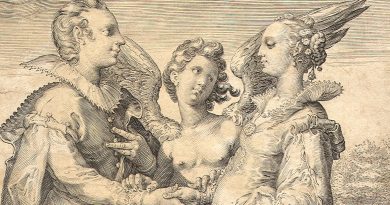 Goltzius / Saenredam – A Marriage Based on Pleasure (Sold) 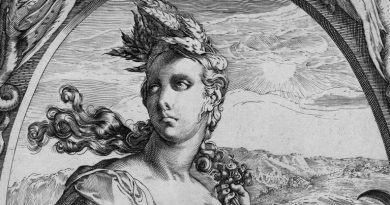