The painting is not dated, but is done in a style that appears to be influenced by art deco. It most likey dates to the early 20th Century.

We have not been able to confirm this, but we believe this is most likely the work of the Genevan artist Georges-Hubert Favre, (born 1913) who had a multifaceted career as painter, designer, journalist and electrical technician and who was known for his landscapes.

The Val du Ruz is a scenic district in the Swiss Canton de Neuchatel. 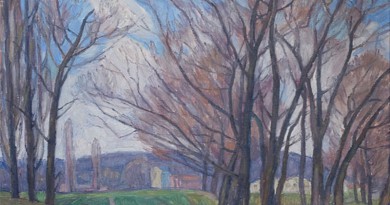 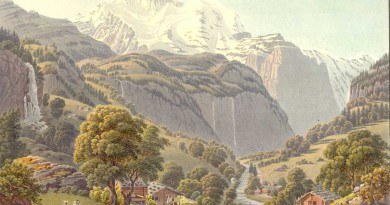 View of the Jungfrau – Lory Engraving circa 1850 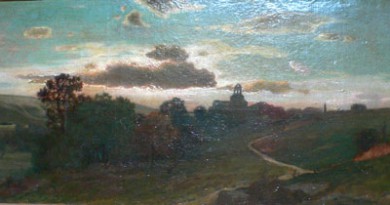