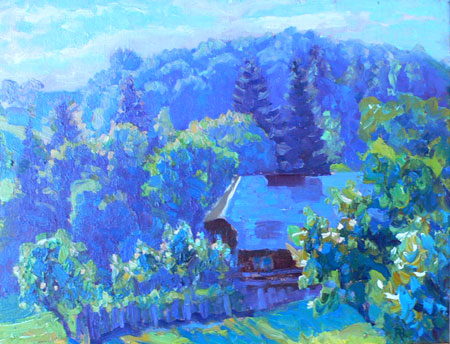 The German artist Robert Hoffmann studied at the Art Academy of Karlsruhe and the Académie Julian in Paris. He was a co-founder of the Frankfurt-Cronberger Art association. He moved frequently during his early life, but in 1919 moved to Urberg near St. Blasien.